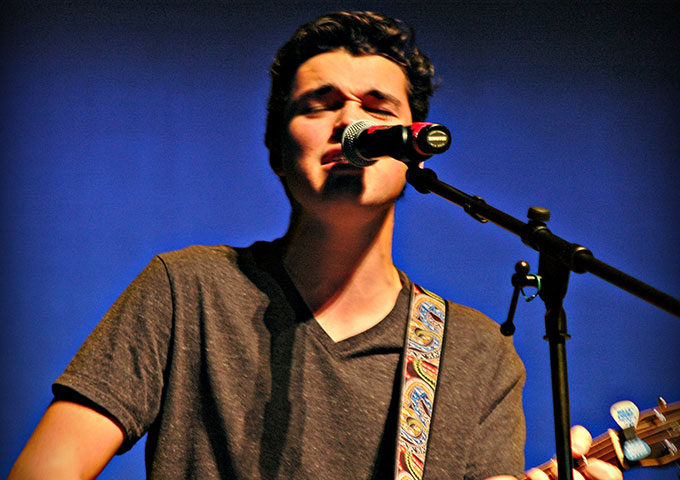 HARTLAND, MI – Trey McLaughlin Music (TMM) announced today that Trey Connor will release the official music video for his new single “Hold On” on a date in late August that is yet to be announced.

The video parallels the song’s theme about living life in the moment and holding on to things that make you happy.  Images captured during the making of the video will be pushed out on the artist’s social media pages during the next few weeks and the video is planned for promotion by several online locations. Fans are directed to monitor the artist’s social media pages for more information and a specific release date.

The 6-song EP “While Everything Is Now” is an action packed collection of tracks offering something for everyone, including punchy pop/rock, a stirring ballad, and a larger-than-life, electrically charged rock anthem. Pop/rock delivered with guitar driven grit and creative production quality, these songs are smooth but also raw and edgy. Amazingly simple, yet deeply profound, this powerful pop/rock makes you want to get up and move.

Trey Connor is a 20-year-old fast rising pop/rock artist who amazes audiences of all ages with crystal clear vocals and artful guitar work. Leading his former band of young teens (Bulletproof Snow) to receive the Detroit Music Awards, People’s Choice Award in 2015, Trey was also invited to Universal Studios LA for casting finals week for Season 10 of “The Voice”.

One of the final 100 artists selected from 46,000 auditions, Trey did not appear on the show because the teams filled up before he had his opportunity to deliver his “BLIND AUDITION” for the celebrity coaches.

Note: High-resolution photos are available on request. Trey Connor is available for interviews.

Trey Connor to Release Single “The Way You Move”