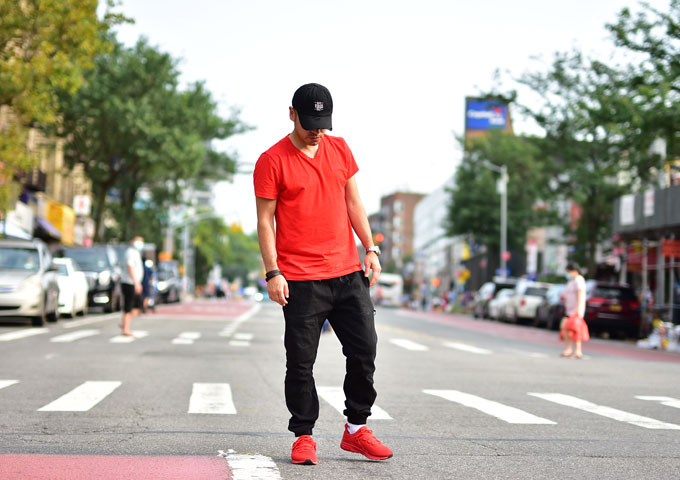 Growing up in different cultures, The Eska connects with people from different walks of life and uses those experiences to create meaningful music. New track “Ain’t Gon’ Stop” is coming out on November 26.

(Denver, CO) Born in Uzbekistan, Iskandar Riskulov is an independent artist known as “The Eska” who has been building a buzz in the music industry. Before embarking on his journey into the music world, The Eska was influenced by the legacy and impact on the industry from rappers like Eminem and Tupac. By 14 that influence manifested into him writing his own lyrics and from there, things began to look up. Around 2012, The Eska became a member of the Uzbekistan boy band, “Shams” and was signed to a record label before moving to Colorado in the USA to expand his solo music career into the English market. He would take a hiatus from putting out records in order to focus on developing his vocal craft and range to give fans more depth to his music. Since then, his Russian and English mix of music has received traction both in his homeland and in the USA.

With the release of his Russian track Dvigala Telom (Moving Her Body) being picked up by Spotify’s editorial group, the track was featured in the Upcoming Russian Hip-Hop Artists’ playlist. His English single “Say No” which aimed to normalize turning down things that slow the path to your goals and dreams, has also seen success from his English fans.

The Eska’s multilingual presence in the music industry is seeing rewards as his name continues to expand globally. With his adaptation to multiple genres like rap, hip-hop, reggaeton, pop, R&B, and experimental music, The Eska’s success is on the rise. Currently, he is focused on finishing his upcoming release, “Ain’t Gon’ Stop” scheduled to arrive in late 2021.

Next post Kingg Splashh owns his masters and video concepts

Previous Article Jay Pitt is an artist and an entrepreneur