“Parallel Lines” sees Novi Nov leveling up on all angles

Superstar Girl will take your ears on a journey! 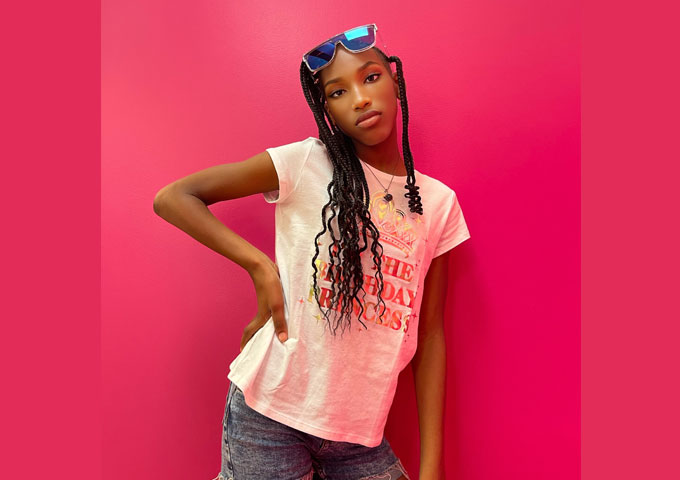 They say music is food for the soul. Have you ever felt like some music makes you feel happy or alive? Well, what if you get introduced to a very young artist based in Houston, Texas? You sure would want to listen to good music that relates to you and brings you out of your daily humdrum routine. Amaya Bartholomew, known as the Superstar Girl, is quite a free-spirited young creative, who is a rising kid in the world of the music industry. Aged only 13 years in number, she has made it clear how strong-willed she is to continue her career in music.

Born to be an artist, Amaya is inspired by her father, Emcee Fresh, a hip-hop singer, an entrepreneur, and producer of Lion Strong Recordings. Amaya’s father started his career at a very young age as well, and now Amaya is following in her father’s footsteps. Being exposed to music at such a tender age has given Amaya a sound idea of what music is and how it feels to the ear.

She also knows how certain music affects listeners and knows how to captivate her audience. Seeing her father rap all the time, got her into hip hop. She has all her cute rap recordings uploaded on her social accounts, such as Instagram and Facebook. She loves her daily grind into learning more and more of the rap sounds and aspires to be a big rapper name in the industry one day.

Amaya loves making music, and she loves being in the recording studio. Her father, being a musician himself, loves that his little kid is into this world. He helped the little teenage rapper produce her very first single named “School time.” This song is now released in stores worldwide and is also on her YouTube channel named Superstar Girl.

She has signed to Emcee Fresh records, and along with her dad being her inspiration, she hopes to be a source of difference in the music industry.  Amaya is not only crazy about her music but keeps her friends and family as a topmost priority. This is why she loves being with them whenever she finds time and hangs with her girls. All of this doesn’t keep her away from her passion for music too.

Soon, Amaya will be in many more rapping songs that will be linked directly onto her social accounts. Hence, if you want to keep up with Amaya’s daily life and new releases, you must make sure you are following her on her social media accounts. All her recent releases and upcoming ones will be uploaded on her website as well.

Superstar Girl is going to bless your ears with the best and freshest music you may have ever heard. You will take your ears on a journey when you have the freshest content from a 13-year-old at present! Stay hooked with Superstar Girl and let her showcase her gift to the world in music!

Next post Laura Upchurch is a triple threat as a phenomenal singer, strong lyricist, and a budding music producer

Previous Article Vigilante ft. Dondria - 'Fly Away' is raking in the numbers

“Parallel Lines” sees Novi Nov leveling up on all angles