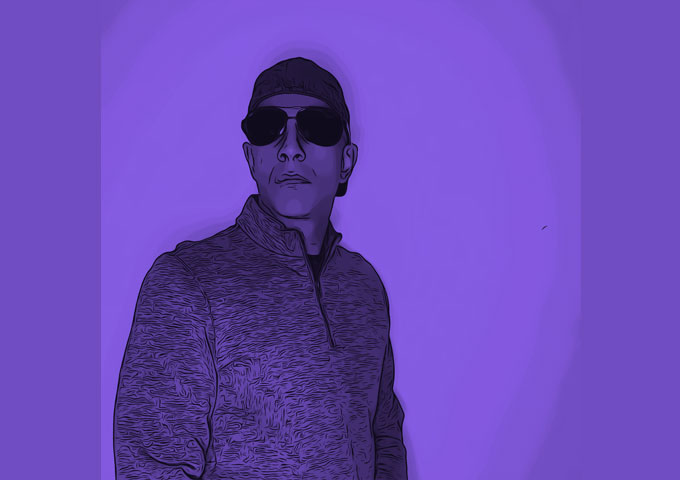 Sun [the MC] is a product of the “golden era” of hip hop having grown up in the 90s in New York.  His listeners compare him to Kendrick Lamar, J. Cole and A Tribe Called Quest with his conscious content and rhyme delivery.  Today, Sun [the MC] releases his 9th track since making his commercial debut in 2020, called ‘Soft Lips | Fast Travel’.

Sun, who used to travel across the country frequently pre-Covid, story-tells on this track about how he hit it off with his seat mate, who happens to be a lawyer, on a plane during a work trip.  The song details the conflict he has falling for her with his lifestyle, though she clearly has him enamored.

“Once upon a time, being on the road as frequently as I was, I came up with this story, putting myself in the shoes of some of my single friends, while mixing in the realities of how traveling complicates things.  Ultimately, the emotion of passion wins out in this song.”

Sun came up with ‘Fast Travel’ when he originally wrote the track to another beat of the same name.  However, due to licensing complications, he was in the market for another rhythm and came across “Beats by Mantra” on Beatstars.  He was quickly hooked by several tracks from the multi-platinum producer, who has credits working with superstars such as Rihanna, Pitbull and Future among others.  The hook on ‘Soft Lips’ was so perfect that Sun combined both names for the official title of the song.

Though he’s been in the game for years, Sun made his commercial debut in 2020 when he released six singles. 2021 is off to a strong start with ‘Jetson’ and ‘From the Jump’ having amassed tens of thousands of streams. ‘Soft Lips’ will be followed by several more releases over the course of 2021.  With certain themes emerging across several tracks, Sun anticipates officially combining them into an EP for official release later in the year.

Several songs from Sun [the MC]’s catalogue are currently featured on widely followed playlists, each with over 40K followers on Spotify, such as Hiphop Discovery, Planet Hiphop, Hiphop Squads and Hiphop Rhythms.  He has also been on other popular lists in the past including Bars vs. Bling and Hip Hop Make It. With over 15K fans on Instagram, Sun [the MC] is posed to keep making noise for a generation that seeks new music with a love for classic New York vibes.

Next post Saga B - “Bottle Service” pushes the boundaries!