Cristine Capitulo – ‘You’re Not The One’ reflects on the end of a toxic relationship.

Folk-Rock Band 2AP rolls out the single ‘Passing By’

Rootspence – “Hello Summer” is nothing short of awesome!

“You Are (I Art Studios Remix)” is the name given to the new version of the song “You Are”, previously released by L-Rhose, Italian duo made up of the brothers Francesco and Luca Reale, on October 11, 2019. 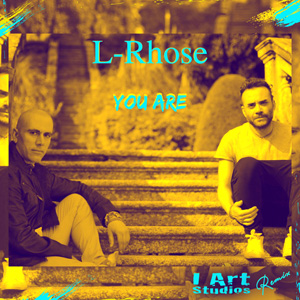 The song, completely rearranged, now takes on a more pop form, with the colors of electronic music and slight dance nuances, maintaining the mood, the atmospheres and the suggestions of the original version, in the typical “L-Rhose style”. The track was entirely recorded, mixed and mastered in Milan at Ilario Calì’s I Art Studios (hence the origin of the name given to the remix).

The power of a love and the fear that it can end coexist in the song by the two songwriter brothers, where pressing and rhythmic refrains erupt with unusual energy announcing their own “declaration of love”, which carries enthusiasm and awareness of the feeling, the desire to tell it and shout it out to the whole world. “You Are” in its original version, at its release, obtained a good response of approval and airplay among Italian radios, reaching 42nd place in the Italian Indie Music Like ranking (December 23, 2019); it has also obtained radio airplays in the United States and South America. “You Are (I Art Studios Remix)” is available for streaming and download on the most popular digital music stores from June 10, 2022.

Biography: In the world of “Pop” the expression and the creativity grow and change not always in the direction of time; artistic evolution, in music, fluctuates between innovative transformations, contaminations and returns to epochs that have left indelible tattoos in history. Faithful to these principles of evocative retracement, but always in a modern form, Francesco and Luca Reale have realized  L-Rhose, a musical project better described in “pop-rock style”, in which refined arrangements enhance the songs and their melodic characteristics; L-Rhose is the idea, the thought of making music, telling in the lyrics the emotions of intense moments, awakening the human soul inquiring into its fragility, contradictions and aspirations.

Francesco and Luca are brothers, both authors and performers of music and lyrics, of what they consider their “family” project, matured over time through years of stylistic research. The dominant themes of their songs are love and feelings; sung mainly in English, poetic and sighed forms emerge in them, which enhance the emotional, sensorial element, particularly accentuated in some parts of the scores; traceable and identifiable characteristics since their first official record release, “Sleep, my L, sleep”. A melodic Pop-Rock, never banal, never shouted, that takes you in dreams, in thoughts, on a journey full of freedom.

Previous Article Tony Newbury - ‘Over 21’ - production is top-shelf, the hooks are sharp, and the verses are flashy!