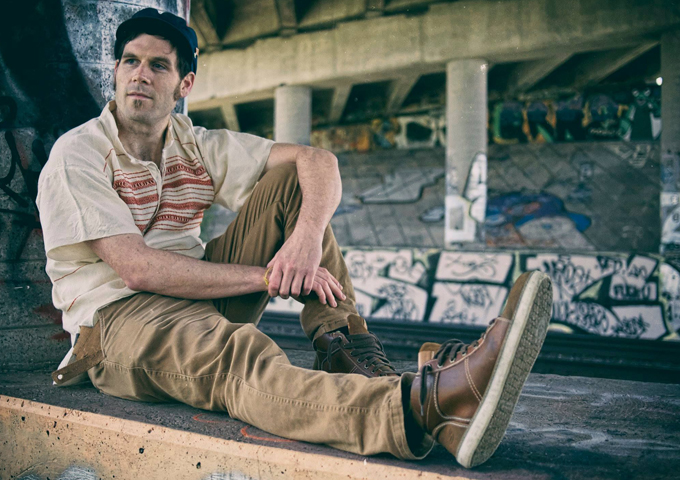 With the launch of their debut album, JukeBox County releases their single ‘Jivin Jack and Sue’– an indie pop-punk retro track steeped in nostalgia, optimism, and the buzz of fresh summer love. The contagious groove will have you dancing by the first bar, with the steady seductive smooth swaggering vocals riding alongside a warm organ and stomping drums that only stop for a brief moment of pause before sweeping you up into the momentum of the song again. The lyrics tell the story of young love, adventure, and the power of inspiration.

Perhaps well-timed, the song hints at the need to let ourselves be taken into those (sometimes) naive spaces of fantasy and creativity in a world often taken to cynicism (‘too many people burning out won’t keep it alive’). The songwriter, Rich Tyo, gets his inspiration from his experiences working in the front-lines as a mental health crisis worker in Kingston, Ontario. The powerful force of music (and love) in his life has helped him to transmute the darker scenes that he has been a witness to and this song is a celebration of the people, music, and states of mind that have supported him through tougher times in life.

There are some obvious references to influences in the song (‘Hip hop, Joe Cocker Rubber Soul’, ‘Ziggy’) and some clever lyrics that bring 90’s nostalgia to mind (‘Jivin’ Jack’s gonna take her to the local arcade/ where the lights are bright but there’s plenty of shade) – the song looks back while preparing to look ahead at what may be needed for the times at hand. The song is a celebration with a message of hope and empowerment. Jivin Jack n Sue was recorded by Hugh Christopher Brown at The Post Office Studios on Wolfe Island (a small island 20 minutes away from Kingston, Ontario).

Brown has performed and recorded for many stellar artists including Ani DiFranco, Joan As Police Woman, Barenaked Ladies, Ashley MacIsaac, Crash Test Dummies and Jen Chapin, among others. He brings his technical and musical experiences into this album in a way that complements Tyo’s more inspired amateur grass-roots aesthetic. The album also brings in Veteran bass player Jason Mercer, Pete Bowers on drums, Kevin Bowers on a dirty garage-rock guitar, and Teilhard Frost on percussion (listen for that cowbell!).

Jivin Jack n Sue is the third track off of the debut album Inner Space Outer Space. The album brings listeners on a trip through a variety of musical genres, sceneries, and imaginal spaces. The album as a whole will take listeners deeper into themselves in ways that inspire hope, joy, and introspection. The album is being released through Wolfe Island Records (Canada) and CRS (Europe) and is available on Spotify, Apple Music, Soundcloud, and Bandcamp.