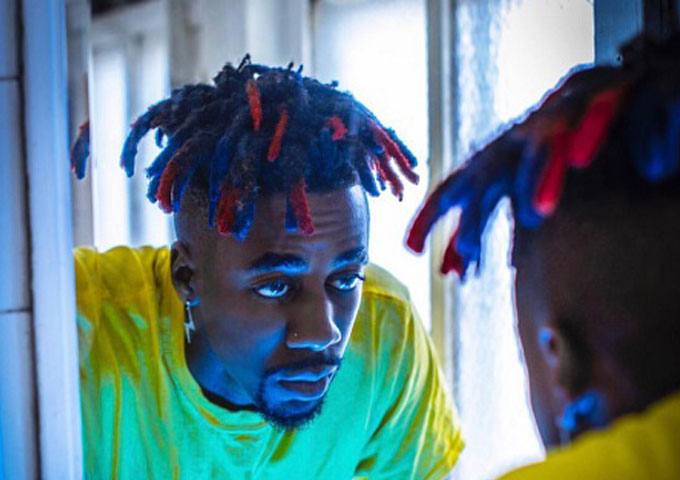 Buzzing Hip-Hop artist Dax announced his “It’s Different Now” Tour a few days ago via Instagram. Fresh off his first tour experience, with Kansas City rap legend Tech N9ne, which concluded in mid-June,  the “It’s Different Now” tour, will be Dax’s first time headlining a full string of dates on his own.

Dax first came to prominence with viral his viral remix “Catch Me Outside,” and then again this past November, with his own hit single, “She Cheated Again,” which has accumulated over 12 million YouTube views, 17 million Spotify streams, and 16 million Apple Music streams in less than one year. The song also gained considerable recognition from influential outlets like Genius, No Jumper, and HipHopDX, where it has been lauded as passionate and yet extremely relatable. Dax mindfully combines his powerful lyrics with unique melodies to create what he describes as “mainstream conscious rap.” Most recently, Dax teamed up with Emiway Bantai—the #1 rapper in India—on a bar heavy anthem titled “I Been That,” the song reached the #1 trending spot on YouTube in the first 48 hours. Since then, “I Been That” has racked up an impressive 10 million views in three weeks. Current and upcoming releases include Dax featured on Chanel West Coast’s “I Be Like,” and “Killshot 2,” releasing September 6. And today, Dax dropped a surprise single, “Wack Ass Rappers 2,” which has garnered 32k views in less than an hour, a figure that will be woefully out of date by the time you read this:

Produced by The Mac Agency with support from Supreme Republic Entertainment, the 25-city tour launches on October 18th in San Antonio, Texas at The Rock Box and will make stops in Atlanta, New York, Denver and San Francisco before wrapping in Los Angeles on November 29th.  Tickets are on sale now in select markets. Visit http://daxofficial.com/tour for more info on tickets, VIP meet & greets, and exclusive tour merchandise.

Dax began his journey as an overnight janitor and a starter on his college basketball team. He then entered the music industry by creating his own lane of topic-driven music that prompted conversation. He knew that starting in Wichita, Kansas would force him to find a creative way to attract listeners. Being a poetry lover, Dax used his craft to elicit powerful emotions. After sparking attention with his viral cover music videos, he transitioned into creating his own original music with songs like “I Want” and “Self-Proclaimed,” that have since amassed millions of views on YouTube. After graduating in December of 2017, Dax relocated to Los Angeles to further his career as a recording artist and continues on an upward trajectory.