Announcing the 2017 Inductees into the Album Cover Hall of Fame 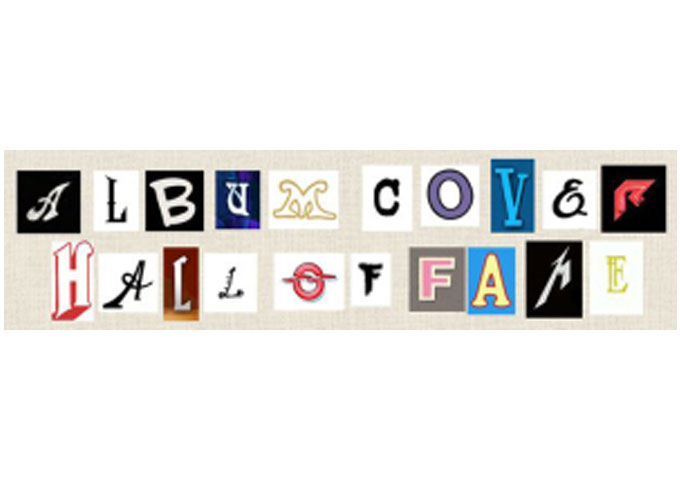 Latest class of honorees in the 6 major categories – as voted on by a world-wide panel of music, art and marketing experts in the area of album cover art & packaging – represents the “who’s who” of creative and production talent, with many recognized names from the fine art and design world.

Chicago, IL – based organization selects the designers, illustrators, photographers, art directors and patrons whose works were released between the years 1960 – Present.

Since officially launching the site in 2012, we’ve inducted five classes of Inductees based on the results from the group’s yearly surveys (the initial three classes focused on nominees who began their careers as album cover artists between the years 1960 – 1975, 1976 – 1990 and from 1991 – present, while the last two years’ voting looked at all producers active any time since 1960). Hundreds of additional biographies were added for consideration by the esteemed panel of writers, curators of galleries (retail and online) that focus on album cover imagery, art/design museum curators and music marketing experts.

As mentioned previously, this year’s Class allowed for the consideration of any talent not previously inducted into the ACHOF. The people under consideration this year are people who BEGAN their careers in the field at any time during the period the ACHOF focuses its attention on (1960 – present). As you can figure, this was a very long list, but after a research, nominating and voting process that began in September and ended in mid-November with our final vote, the ACHOF Voting Panel has selected a list of individuals and companies that very clearly represent the best examples of a large number of talented men, women and teams who’ve cumulatively created and published a huge portfolio of memorable album cover images and record packages.

Album Cover Hall of Fame Curator/Editor Mike Goldstein had this to say about this year’s efforts – “Through the ongoing efforts of those who support of this Hall of Fame, our goal continues to be to recognize the contributions of those who have had a significant impact in the ongoing development and advancement of rock and roll album cover-related art direction, illustration, photography and package design, as well as the record labels and musical acts who’ve supported great work in the field. Based on each inductee’s body of work in the field, we feel that their talents have exemplified the best possible efforts made to package and promote their clients’ recorded music, and so we’re privileged to have been able to include them in this year’s poll and, ultimately, our lists of honorees.”

Goldstein also noted that this year’s voting was rather unique in that two individuals – Art Director/Designer Craig Butler and Art Director/Illustrator Geoff Halpin – were inducted in two categories (how multi-talented of them!). Also, we had a tie in the “Musical Acts with a long-standing commitment to great Album Cover imagery” category, with Earth, Wind & Fire and R.E.M. both getting the same number of votes, so we’re pleased to add both to our list of inductees this year.

We’ve divided the Inductees into their respective categories so that our readers can get to know each winner individually and within their group of peers. Below, you’ll find a summary of the winners in each category. A more-detailed document that includes samples of each Inductees album cover credits, along with links to their respective web sites, can be found on the ACHOF site at

Qualified individuals become eligible for induction 5 years after the publication of their first record album, CD, DVD or digital album cover image.Please note that some names will be seen in more than one category, as it is that certain individuals serve in more than one role in a project. Inductees are listed alphabetically:

Album Cover Illustrators (inc. those specializing in logos and typography)

In as much as “pop” music in the early days of the Pop/Rock era included musical acts that easily crossed-over from jazz, R&B, country, folk and Rock & Roll to deliver music in many styles to a public hungry for their records, record companies were not eager to be classified and chose to make sure that their cover designs would appeal to a fairly broad audience.

However, many musical artists sought to team with like-minded art directors to create packaging for music that would best-represent their own feelings about how they’d like the buying public to perceive them and their music. Once shown to be effective marketing tools, trend-setting album cover design was embraced by certain record labels, who then – as a prelude to the big-budget video productions of the 1980s and 90s – put significant resources behind these promotional packages. It is the labels that showed this type of forethought that we look to honor in this category.

Of course, without the patronage of musical acts and their record labels, there would be no great album cover art, but there were some acts that “got it” better than others and used their cover imagery to both help set the mood for the music packaged inside and build a deeper bond with their fans and potential fans. At times, a great album cover image could be a powerful enticement to shoppers browsing the racks at their favorite record store, whereas some fans of a band viewed them as “rewards” given to those who’d waited patiently for an act’s next release.

With the strong connection evident between the visual and aural arts, it only seems natural that musicians would find kindred spirits in the men and women tasked to produce the images for their recorded music.

Going forward, the Nominating Panel – currently consisting of over 75 experts in the fields of packaging design, illustration, photography and music product marketing – will continue the process each year (beginning again in Summer 2018 to nominate the sixth class of Inductees representing those whose works were published any time during the period of 1960 – present) by selecting nominees in each of the featured categories for consideration by both that voting body and those nominees that receive the most total votes in their respective categories will be inducted. Panel members discussed the possibility of opening some aspect of next year’s voting to the public – we’ll notify fans and the press once any decisions have been made regarding this effort.

To see a list of all of the current inductees to the Album Cover Hall of Fame, please visit – https://albumcoverhalloffame.wordpress.com/achof-nominee-inductee-menu-page/achof-inductee-list-main-page/

Please contact Mike Goldstein, Curator, AlbumCoverHallofFame.com with any questions or comments. He can be reached via email at mailto:curator@albumcoverhalloffame.com or via phone at 971-645-8958.

A comprehensive summary of news stories about album cover art and artists is added monthly (typically, on the first of the month) on our site (see the site index for our most-recent article postings) and also on the site’s Facebook page found at https://www.facebook.com/AlbumCoverHallOfFame

Next post Sarantos: “You Should Be With Me (Not Him)” - from heartbreak to undying devotion

Announcing the 2018 Inductees into the Album Cover Hall of Fame