Amarrah – “Trust” fully transports and envelops you in her world

Elta Wave Releases “Everything I’ve Got” – A featured single on her upcoming album!

How Yhun Ketti Makes Way From The Post-Pandemic Club Bangers

Skholezy makes music that rocks steady, stirs the soul and creates a vibe

TheWickerTwinz have been rocking the stages and entertaining the crowds!

Sonificade: “Despite All The Noise” – adventurous and experimental without resorting to pointless noise 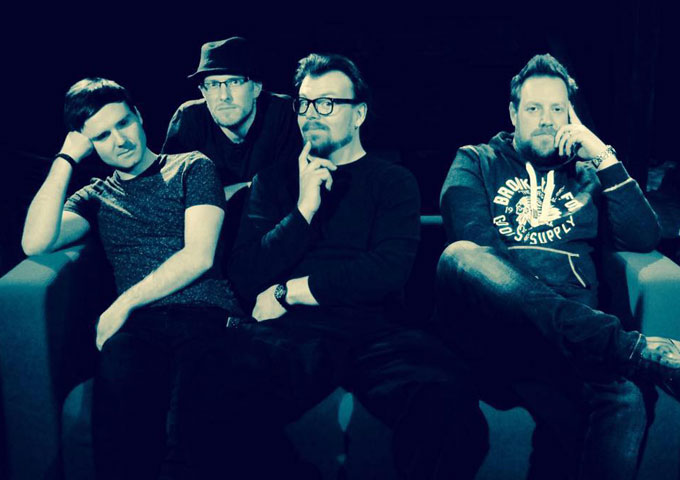 Sonificade are a new 4-piece alternative indie-rock band based in the Midlands, UK, born out of two previously successful bands – The Procession and LuckyNumberOne. The members comprise James Best – (Vocals & Guitar), Martin Byrne – (Vocals, Guitar & Keys), Paul Richardson – (Guitar, Bass Guitar) and Rob Gill – Drums. Signed to Circular Records, Sonificade released their debut single “Me Can Out” in November 2015 followed by the debut album, “Despite All The Noise”, which was released on 20th May 2016.

Produced by Garry Boyle at the Slate Room, which is part of the famous Castle Sound Studios just outside Edinburgh, the album has a seamless quality. The production is uniformly excellent and embellishes the tracks without becoming the main event. These are eleven strong songs and would be even without any added studio magic. But, at the same time, the production cannot be ignored.

The interplay of guitars, the vocal layering, the sometimes dissonant sounds,  and a judicious use of keyboards, are all so right. It’s as if everyone involved picked the perfect instrument or sound and placed it in the perfect place. Overall the music still has that slightly ragged live sound and yet there’s also a certain precision to the production too. It’s loose and tight at the same time, an odd but thrilling juxtaposition that works incredibly well.

Which is the best track? Just pick one, any one, you won’t be wrong. But if you want to be nitpicky and like a driven alternative rock sound, go with “Despite All The Noise”, “Regardless”,  “What If”, “Crossfire” and “Far Away”. If you prefer the catchy indie-rock sound, stick with “Me Can Out” and “Wolf At The Door”.

However if you also have a weak spot for the slower introspective sounds, check out “Take Me Home” and “Seasons”. But seriously there is no need to pick individual songs, because everything about this album works beautifully. These are tough, ragged rocking songs with a flair for melody and substance. There’s no getting around the fact that Sonificade are awesome. They are humble and earnest enough to connect with emotionally and they are adventurous and experimental without resorting to pointless noise.

If you are a person who generally finds indie rock to be whiny and crappy, thinking that at times it’s much too slow, sludgy or pretentious, Sonificade conquer everything you’ll find annoying about indie rock and make an album that actually rocks!

They blast from the speakers from the opening track and simmer and boil right through the rest of the album. The songs are just brimming with riffs and vocal lines that are somehow challenging and catchy at the same time.

Above all, “Despite All The Noise” is a guitar-driven album and Sonificade have evoked and captured all of the instrument’s multifaceted grandeur within their rock n’ roll idiom. If you have any interest in rock as an art form, somewhere during your lifetime you’ll need this album!

Next post The Gas Panic at the Rebellion Bar Manchester, UK on the 4th June 2016

Previous Article Set in Atlanta, Georgia "The Rapper" webseries is ready to premiere!

Amarrah – “Trust” fully transports and envelops you in her world

Elta Wave Releases “Everything I’ve Got” – A featured single on her upcoming album!

The official music video for “Poppin Up” by Face Balian