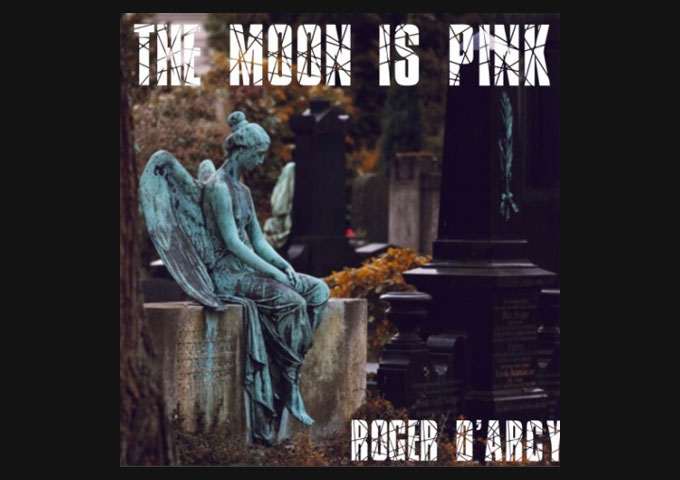 “The Moon is Pink” – a tribute to Nick Drake – leads off a unique 7-track EP completes two-year project that has seen Roger D’Arcy travel tens of thousands of miles across the planet, recording at some of his favorite studios – studios that he personally designed.

From India to the United States and from Greece and Turkey to Ireland and the UK, D’Arcy has been taking his unique talent to each country and only utilizing local musicians and recording engineers, he has finally come to the natural end of the project with the release of “The Moon Is Pink” a tribute to UK icon – Nick Drake – and released on the anniversary of his death in 1974.

D’Arcy, of course used to perform and record before he settled on a “sensible” career – going to college to study architecture and as Recording Architecture becoming one of the world’s most renowned designer and acoustician – building some of the most iconic recording and broadcast facilities in the world.

He also made a big name for himself, as he became THE go-to guy by a large range of famous recording artists as the industry changed and instead of spending tens of thousands in big recording studios, these artists preferred instead to create personal studios in their own homes

RA specialized in creating wonderfully unique creative spaces for artists that include: Annie Lennox, UB40, The Cure, The Waterboys, The Kinks, Sade, Bryan Ferry, Ian Anderson, Steve Hackett and hundreds of other clients all over the world. D’Arcy continues to design a handful of studios each year for past clients.

But, finally, the pull was too much and after closing

D’Arcy returned to his roots and started writing and performing songs again.

D’Arcy now comes to the end of The World Recording Tour having completed ten new tracks – all recorded using local musicians and engineers he mostly meets for the first time in the studio the day of recording – giving everything a unique flavor.

Seven tracks from the World Recording Tour make up the new EP.

The Moon is Pink, The Shirt Upon My Back, Velvet Ghosts, Derbyshire, The King’s Shilling, Which Way Will The Wind Blow? and Fool Me Once.

You can readily hear the influences of local studios in Chester, Mumbai, Dublin, New York, Delhi and Kiev among many more unique places.

“The Road To Stameen” though was something of an “accidental” album.

Visiting “The Home of Irish Music” – Beechpark Studios – just outside of Dublin, D’Arcy was introduced to the musicians that the studio manager had gathered for the recording of what was meant to be just one track – but the band gelled so well that the tape machine was left to run as the guys recorded more and more tracks! At the end of the session – they had an entire album’s worth of material.

Realizing what they might have, they stuck with the recording for a day or so more, and then mixed it all and the result was the incredible

A great (and true) story that could only come out of Ireland!

So, now its time to just sit back and enjoy:

“The Moon is Pink” By Roger D’Arcy

(That ReverbNation has just added to their

The Moon is Pink Video: