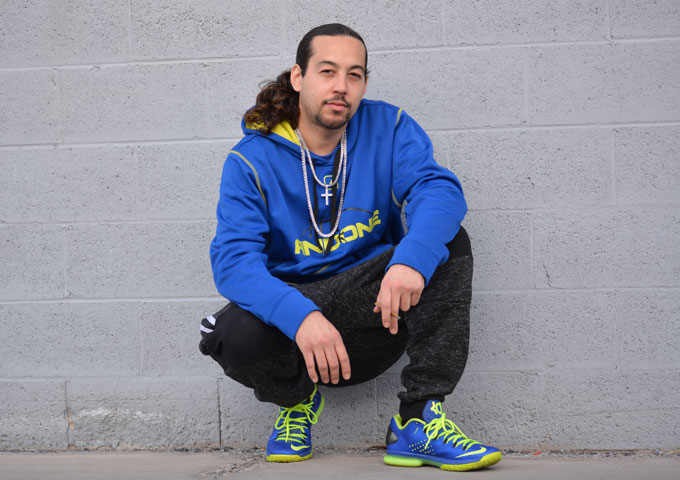 Born in Springfield (MA), Rico Homicide started out as DJ Homicide at age 12. His hunger for succeeding in the music business allowed him to work with big name stars and also become a DJ/Host on illradio.net during the 2000’s with owner Yukked Up. Besides being on illradio, Homicide’s music was played from Hot 97 in New York to Hot 93.7 in Connecticut. Currently Rico has dropped his latest single, entitled “Nothing to Lose”.

This song shows how the artist has matured over the years and how he is moving towards becoming a huge voice in underground hip-hop. The track doesn’t just sound like a song that was thrown together at the last minute. Everything from the beat selection to the lyrics and performance is on point.

If Rico Homicide ever proclaims himself a student of the game, he certainly proves it with “Nothing to Lose” that pairs the new school vibes, with old school street-styled rap, as he bridges the genre’s fraught generational gap. Opting to be both multifaceted and flashy, Rico demonstrates the kind of versatility and maturity that should comfort anyone that might have been worried about the genre’s future.

It doesn’t hurt that the track slaps. Right from the get go, Rico doesn’t waste any time amping up expectations: “I’m just a motherfucking killer, I got nothing to prove. I just be hustling motherfucker, I got nothing to lose.” This is the ultimate tension-builder that manages to keep soaring.

Rico Homicide seems zeroed in, and he has a very clear purpose. It’s a fire-and-brimstone approach, as he warns everybody of his status and intentions. He’s clearly not backing down from any challenge. The emotional highs in the song, which Rico clearly poured himself into, are astoundingly high. He doesn’t let a single bar go to waste. Rico is walking the walk, and then talking the talk.

You can’t fault him if you can’t find the fault in his approach. He has made it a point to be outspoken because he feels a new kind responsibility in his life. It’s clear he’s taken this approach and pushed it directly into his music. His ideas are clear, and the production bangs. Rico sounds invigorated, and both his music and his fans are better for it.

On “Nothing to Lose”, his latest single, Rico Homicide raps with the same hunger, passion and drive that many of his peers initially came into the game with – eventually earning them classic status. Rico has that same sense of purpose and direction, while telling a tale that his core audience will be built around. He clearly has a lot to say, as he raps loudly and passionately.

“Nothing to Lose”, thrust forward by Rico’s sense of purpose and righteous fury, brims with the spirit of a crusader. A chronicler of street life, an escapist and a realist, Rico is an inspired hustler on this track.

Rico Homicide is focused on proving that his initial dream is worthy of being chased. He leaves the booth showing his evolution as an artist, poised to make his craft a reality. Rico nails the beat, dropping straight fire on the verses. All he needs to do now is keep his momentum going.