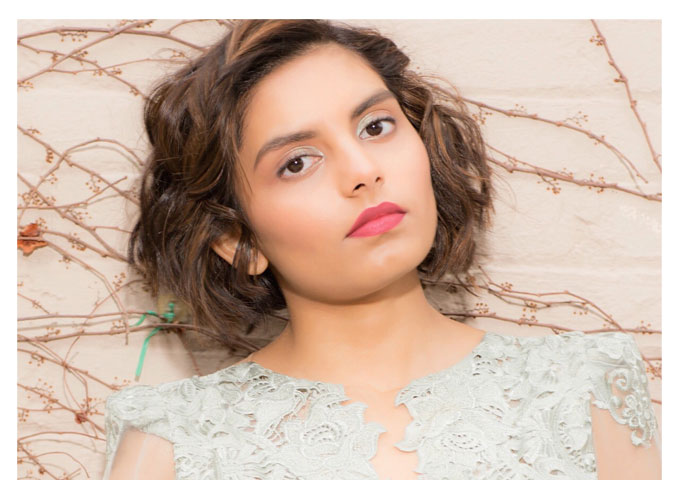 Shannon K is a 16 year old singer who was born in India and moved to London at the age of 6, but not before initially appearing on stage at just 4. Her father, Kumar Sanu, is one of the most decorated and award winning vocalists in Bollywood history. Shannon has studied music from the Royal School of Music, London. At the age of 6, she had the honor to perform a classical Indian dance, Kathak, that she learned growing up at the Bollywood Awards’ night, US. She released her first solo song in May 2014.  Shannon released her first solo song in 2014 and has just released her full-length album “Perpetual” on May 5th, 2017. She has also recently been chosen as Voice of the Month by B4U UK. It’s not only the consistent songwriting clout that elevates this album from recent efforts by her teen-star peers. The messages of love and empowerment feels honest coming from Shannon K. Obviously she has the pipes, but does she have the force of personality at her age to pull it off and be fully convincing through her songs?

We have an answer of with “Perpetual”, which she pulls off with no featured help. Shannon is technically perfect, and can tease, flirt, love, and lose as well as anyone in pop. You think there’s something missing, something like Beyonce’s sensual ache or Rihanna’s raw hunger?

Do those seem like unfair comparisons? Yes they do! Dealing more in lust than in any other emotions, the aforementioned stars probably shouldn’t be her projected artistic peers right now.

And in fact she has a much more pristine image which matches her music and her own projected personality to a tee. “Pretty Eyes” opens the album, and it’s perfectly suited to her strengths. Twinkling keys and A plucked bass create a woozy backdrop for her swooning vocals. The way she flips from verse to chorus is subtly breathtaking. Listening to slow burning ballads like “Running” and “I Believe”, you get the sense that Shannon K spent her days and nights not just at work on this album, but on considering her position in the ever-shifting popscape, because her willingness to push her artistic boundaries is what yielded the growth showcased on this impressive collection of songs and enables her to continually exceed expectations for a 16-year-old diva-in-training.

By the time we get to the upbeat tracks “Alive” and “So Good”, Shannon K is hitting full stride and is on cruise control most of the way here, her voice effortlessly caressing the musical arrangements within a flavorful festival of danceable rhythms.

She leaves the best for last though, with “Slow Down” being the most fleshed out track on the album – this is a club certified, dancehall-induced banger containing all the elements necessary to smash up the summer scene.

And while it may take some potential child stars years and years to build a bridge from simple teen talent to fully matured artist, Shannon K carefully avoids ever wasting too much time in one role; instead she seems to be consistently adapting her persona to her age along the way. This young lady is in “Perpetual” movement towards stardom!

Next post Giorgio Hofmann: ‘Ready Now’ - a must-have crossover single for the summer