Edison – “Real One” ft. Ziggy – a track he cares dearly about

Aubree Collette Lee – “Good For You” presents an artist to watch! 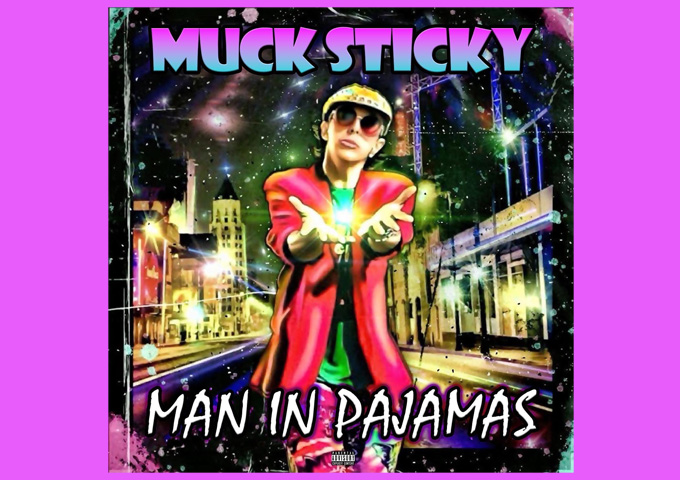 Muck Sticky has accumulated 16 albums, 5 compilations, 2 indie films, upwards of 60 music videos, and more than 150 million song and video streams worldwide. He starred in MTV’s Emmy winning series ‘$5 Cover’, and has appeared on The Tonight Show w/Jay Leno, The View, Star Magazine, TMZ, LIFE, E! Fashion Police, The T.V. Guide Channel, The Hollywood Reporter, The LA Times, and many more. Born and raised in Memphis, TN, Muck Sticky comes from a long line of musicians. His great-grandparents founded one of the first gospel bluegrass quartets in 1929 known as The Wayfaring Singers, and both of his grandfathers were well-known musicians. One was Gene Lowery of The Dixie Four who often recorded at Sun Studios in Memphis, and sang with artists like Elvis Presley, Johnny Cash, Jerry Lee Lewis and Charlie Rich.

On July 2, 2022, Muck Sticky celebrated his 20th anniversary of wearing pajama pants every day as his personal and professional attire by digitally releasing his 16th full-length album, “Man In Pajamas”. Produced by Muck Sticky and Nick Nil, this album has been two years in the making and consists 22 tracks, with features by singer and musician Jesse Hughes aka Boots Electric (Eagles of Death Metal), saxophonist Dick Aven (Jamey Johnson Band) and drummer Paul Crosby (Saliva). The album also contains three songs from Muck and Nick’s other project, The Low Highs.

Through the years, Muck Sticky has minted himself as one of the most enthralling chameleonic acts around, landing somewhere in every man’s land, between jam-band energy and indie-rock freedom. His new album is representative of that all-embracing aesthetic in the best possible way. It can shift from a rootsy rock number to a hyped-up and funky, free-for-all jam, and then dive straight into thoughtful balladry at the drop of a hat. Muck Sticky and crew deliver epic musical manifestos with the ease of filling up the tank at the gas station.

“Man In Pajamas” captures the untamed transcendent and cerebral energy that crackles through Muck Sticky’s skillset. Front-loading the album with two stylistically opposing flavors such as the atmospheric “Laid Back” and the momentum-pushing banger “Stir Crazy” ft. Boot Electric, seems a smart move, which quickly marks the measure of Muck’s musical depth. The curious collision of stylistic shades is perfectly confirmed by the funk-driven explosion of “Living Thing”.

Throughout these tracks, Muck Sticky’s gritty and resonant vocals bask in the glow of a shimmering halo of organic instrumentation that is a marvel for the ears. His edgy and urgent delivery comes to the fore on “In Ya Neighorhood”, before musically switching templates to the mellower sound of “Don’t You Ever” ft. The Low Highs. Muck Sticky then slides into the shimmering balladry of “Never Give Up”, the rock bombast of “Can Ya Dig It” and the mind-melting psychedelia of “Pancake” followed by the trippy rap of “Get Stoned”.

The growling basslines of “With The Mojo” shift into the spacy, sweeping synths of “Live Free” and then the slow-burning murky rock of “Move To The Beat”.  From track to track, Muck Sticky’s dynamic sonics easily morph into a tangled psychedelic web that streams directly into our collective consciousness. He never lets up, flipping the sonic template continuously – from “Spit Hot Fire” to “Here With Me”, and “Google Me” to “Beach Party” the genial mood is never breached. The musical wow and flutter encircles magical lyrical patterns that pass back and forth between electronic and organic backdrops.

Whether his words are directed at cerebral raps or mellifluous crooning, Muck Sticky’s deliveries are frequently thrilling, furnishing stirring moments of ambitious theatrics to otherwise surprisingly fundamental sentiments. The latter is beautifully evident on “Float Away”, “Real Good Day” ft. Cam Carter and the ear warming, “You Take My Breath Away”. This is followed by the soulfully smooth “Shoreline” ft. The Low Highs, and the atmospheric album closer, “The Way Home”, which heralds a melodic climax to the project.

“Man In Pajamas” is one of, if not the key work, in Muck Sticky’s discography – a combination of lyrical nuggets, vocal variation, and unguarded music production that touches the nerve endings of numerous genres. Muck Sticky’s ever evolving sonic identity is unparalleled and unlimited.