Derek Davis – “What Is Up Is Down”

Henny – “Rosé” reveals how hard he works to step up his craft! 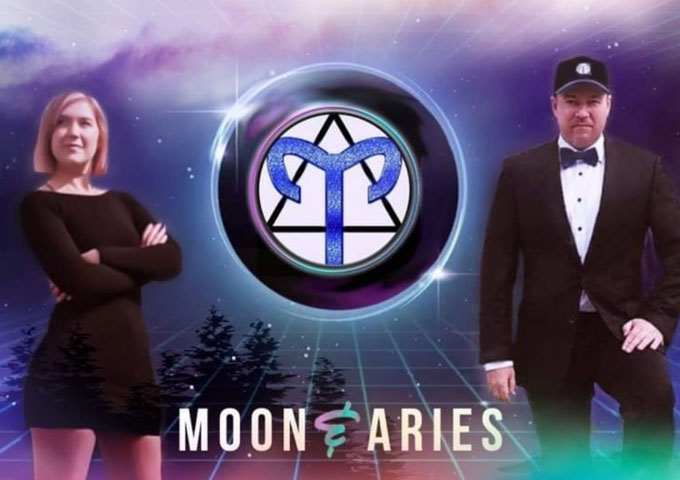 The enigmatic and creative duo, made up of German composer & producer Tom Aries, and Canadian writer & singer, Jordana Moon, better known as MOON AND ARIES, bring us their latest album “THE ARRIVAL”, which delivers warm and enveloping electronic soundscapes, featuring soulful and celestial vocals. They are forerunners in combining hypnotic landscapes with lush electronica in the current scene. Indeed, when surveyed collectively and sequentially, the releases they have crafted to date constitute an ongoing series of musical mood swings and creative arrangements and tuneful melodies. 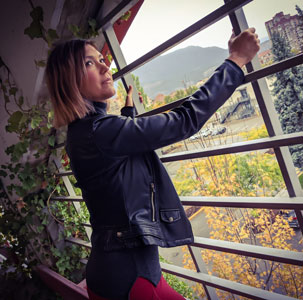 All of MOON AND ARIES music has shared one common defining quality: it all sounds incredible. Thankfully, but not surprisingly, their pursuit of perfectionism is once again evident across the album “THE ARRIVAL”.

“We are driven by purpose and passion. The Arrival album is a philosophy, our culture and way of life. It’s who we are and how we want to resonate through the musical Universe,” explain MOON AND ARIES. “We make the music we are inspired and guided to make, and we go all in,” they conclude.

Tom and Jordana found each other through social media and instantly became fans of each other’s work. They realized they had a similar outlook on life, similar taste in music, and both shared a near identical mission and purpose as musicians.

Jordana came from an extensive writing and performing background, studying creative writing at Vancouver film school, and singing in musical theatre productions and jazz clubs. Tom came from an extensive composing background, training in classical piano and learning how to cultivate an entire orchestral sound, creating larger than life music and melodies. The move to create MOON AND ARIES seemed like a natural and logical evolution, while the realization of “THE ARRIVAL” album certainly validates that decision. 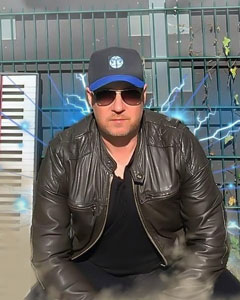 Right from the opening title track, “The Arrival”, the music is rich, atmospheric and swirling. Mesmerizing musical components that allow the listener to feel completely absorbed in the experience of listening to the track, unfold as Jordana Moon’s controlled vocal creates an intriguing aura.

It is the start of a 9-track concept recording which evaluates the eventuality that if we elevate our inner existence, we could create an enhanced external world experience.  While the album is cohesive and appears incredibly well thought out, there is also an experimental feel, which adds an ulterior sense of escapism.

The piano-dominated intro of “Cold”, forms another sublime template for Jordana’s sweetly melodic voice to bounce off, while Tom Aries weaves a hypnotic and rhythmic backdrop on “Glory Attack”, which pulses with momentum.

Beneath the glamorous and perfectionist sheen of the music on “Toxic City”, Tom constructs another vibrant underbelly, on which Jordana juxtaposes the airy poignancy of her vocal delivery.  That same formula is just as impressive on “Lost in Separate Worlds”, which is driven by an edgier urgency, and animated synths. 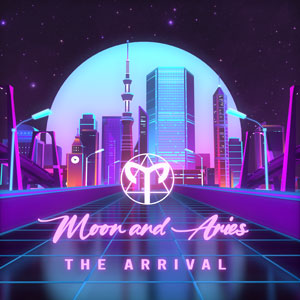 “Pink Moon” is an intricately constructed musical tapestry, replete with multiple sonic ingredients and harmonic vocal flourishes that coalesce for another enchanting affair. Tom has painstakingly worked with Jordana in crafting an exploration of texture and mood, which all comes to the fore here, as it does on “Shadow”.

Together with their hyper-crafted retro-modern sleekness, MOON AND ARIES have successfully set about the task of finding their niche within the exercise of contemporary electronic music. Jordana’s voice finds its strongest suit when paired with the smartly shifting arrangements, on both “Sneak Preview” and “Never Ending Escape”.

The album hides its deeper beauties beneath a finely tuned shell, and if you are unwilling to look deeper than the shimmering surface, you may miss the sublime inner mechanisms that drive the narratives. “THE ARRIVAL” could have been a self-indulgent exercise, but by the sheer power of MOON AND ARIES’ conviction and focused vision, it simply isn’t that.

Instead, Tom Aries and Jordana Moon have turned imaginable vices into musical virtues. After a couple of listens, “THE ARRIVAL” reveals itself as their most affecting and rewarding release to date.

Next post James Bene - “Mountain” - a versatile and dexterous power