Edison – “Real One” ft. Ziggy – a track he cares dearly about

Aubree Collette Lee – “Good For You” presents an artist to watch!

Linus Linkenheil – ‘Come On Over’ is absolute ear-candy! 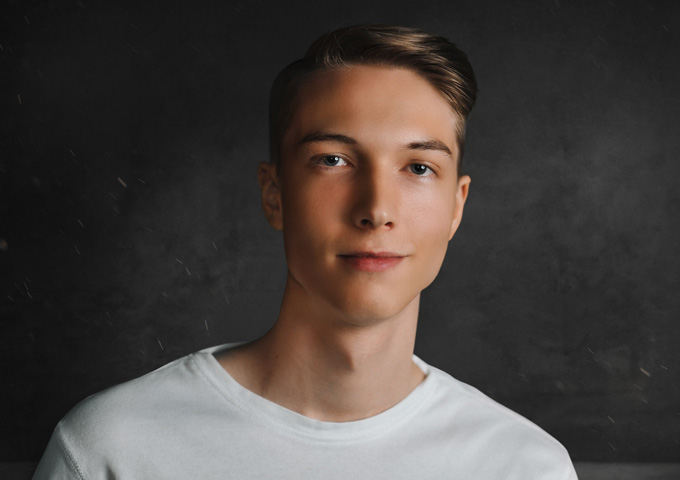 The German-born artist, Linus Linkenheil has consistently worked towards a distinctive sound that establishes musical maturity, fusing lyrical profound narratives with catchy melodies. Linus aims high with his latest single, ‘Come On Over’, which extends his pop-tinged sound design with resonating EDM flavors. The strong orchestral intro flows seamlessly into the heavenly opening verse, which marks the winning combination of poignant lyricism and emotive vocal delivery before the arrangement explodes into an upbeat hip-swaying rhythm.

The high-energy groove of ‘Come On Over’, makes use of a playful, flirty vibe, juxtaposed with sweet love-song desires, which the singer delivers with nuanced confidence. ‘Come On Over’ narrates a story that ties together love, self-reflection, and yearning, all while alternating between nostalgia and wide-eyed excitement.

What the songwriting delivers in depth, the production and vocals matches up in vulnerability and introspection, and what we’re left with is a rich and lush pop arrangement with the singer’s equally compelling croon, which successfully gives you all the feels.

Linus Linkenheil effectively communicates relatable yearning in his songwriting, proving him to be a sensitive artist who is passionate about his craft. Linus has an ambitious vision and you can appreciate it through the song’s excellent composition and execution.

The centerpiece of ‘Come On Over’ is undoubtedly the chorus, which is quite powerful and emotional…and absolute ear-candy. The keys and the mammoth drums are definitely a selling point.  I’d argue the dynamic nature of the sound and production, equals the sublime vocal performance with both staking their claim in the ear-warming department. You also have to adore the dramatic switch up when the percussion and synth comes into the mix.

Linus Linkenheil’s never forces things in his mix, generally allowing the vocals to deliver a cool, soulful croon, which resonates clearly and deeply. The singer also blesses us with many ripe vocal soars, especially on the utterly infectious choruses.

The voice remains one of the song’s best assets, alongside Linus’ songwriting and the production. ‘Come On Over’ truly unfolds a third of the way in, with fluttering synths, and banging drums followed by lovely harmonies, and a catchy chorus.

The German pop sensation’s musical ambitions sound grandiose on ‘Come On Over’. Throughout the track the production and the instruments never falter, with the melody and the chord progressions helping the song’s overall vibe and setting the mood perfectly.

‘Come On Over’ inevitably makes you want to hear more from Linus Linkenheil, as the beat truly allows the music to hit you. What Linus delivers in ‘Come On Over’ will continue to solidify his place as one of underground pop’s up-and-coming artists. It’ll be interesting to see where he decides to go next.

Next post James Peden - 'City of Dreams' - an unequivocal master of his craft!

Previous Article Mr.Reaper - ‘Come Follow Me And We Ride’ keeps listeners on their feet!