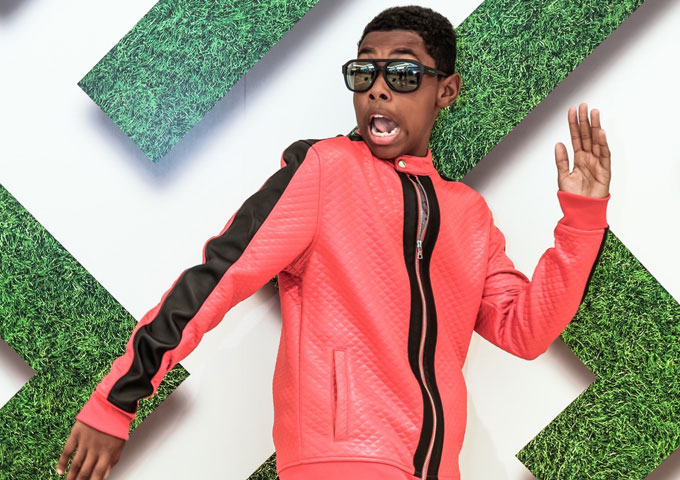 These days, it’s never too early to start a career in music. What used to cost thousands of dollars in recording equipment is now built into most laptops—the barrier to entry has never been lower. Every time a new young rapper goes viral, their age sheds a digit – an irrefutable, empirical fact. Since the 90’s, Hip-hop boasts a storied history of mold-breaking youngsters, and Teenage rappers are now, unquestionably, standard fare. In 2000 Lil’ Bow Wow made his official debut with “Beware of Dog” at the tender age of thirteen. Recently there has also been a precedent for the emergence of younger, pre-teen, rappers, of course. One such case in point, is Jaden the Rapper – a 12 year old music prodigy who plays multiple instruments, dances, and writes lyrics. Jaden plays the saxophone, piano, ukulele, and is an A student. He recently dropped his sampler album “New Path”, and from it comes his banging single “Savage”.

Jaden the Rapper seems set to be part of the group of viral hit-makers and trend-setters whose ages are dwindling downward more than ever. Instead of being marketed as novelties, many of these adolescent rappers are making a sizeable impact, technically, lyrically and visually.

Even though rappers are ostensibly getting younger over time, at the end of the day they still need to have superior talent, young or old. It’s also important that we acknowledge the innovation that so many young artists like Jaden are pursuing in trying to engage the public with their music. All of this is evident on “Savage” – the single, and the accompanying video clip.

Jaden the Rapper is walking, talking, rapping example of vitality, who know how to harness and engage with his audience. Ever catch sight of a pre-teen rapper who sounds so vivid, so brilliant, so dazzlingly present, it almost seems wrong to talk about him as a pre-teen rapper?

Well Jaden is a young artist who refuses to wait around for the future to happen, rhyming candidly ahead of his time, and violating the expectancy of any predetermined chronology within his craft, while showcasing an absurd amount of confidence and style. One-liners are the crown jewel of Jaden the Rapper’s repertoire. Whether he’s using his commanding, sandy-voiced flow, or serenading his listeners with melodic lines, his preferred weapons are clever wordplay and themes relatable to his core audience.

There’s a near-guarantee that you’ll either be cracking a smile, or wincing your face at the brash boldness of his banter on “Savage”. It feels different from other rappers who have staked out similar stylistic turf. It signals a lust for life, a yearning to win, a confident stride into the future. It marks the realization of a promising artist, a huge step for anyone, let alone a pre-teen.

On listening to his sampler album, “New Path”, one thing is clear, Jaden the Rapper comes to the table with an armful of energy and flavor, and possesses the raw skills to flip a nascent but palpable buzz into something major. Complete with catchy musical motifs, thumping beats, and integrated narrative themes, this kid isn’t just spitting bars – he’s already telling cinematic stories.