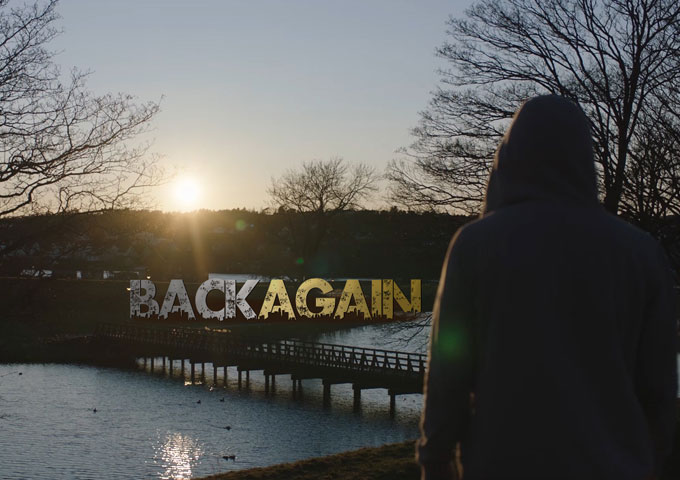 Experience with adversity builds exemplary character and a spirit of resilience that allows artists to deliver great music. Their personal stories provides them with original ideas and profound insight to rap or sing about, creating a relatable feeling of vulnerability that fans emotionally connect with. Many prominent artists from today’s culture have battled through adversity to become widely accepted and beloved. There is an interesting argument – and quite a lot of statistics lean toward this theory – that adversity is necessary to become successful.  The bottom line seems to be that many artists lack the ambition to succeed because they never faced real adversity. Andy Pett during an interview

So is a struggle necessary to achieve greatness in music? I don’t have the final authoritative answer, but I have another living example of that theory. Things were starting to look bright for Andy Pett – he won a “Best male actor” award, the feature film he was directing and producing, was finally being made, plus his fiancée was expecting twins. He was certainly on the rise. Moving forward, however, complications set in. The film got shot, but went over-budget and the much needed final transfer from Andy’s investor never showed.

Andy Pett was forced to return to Norway, 150k in the red, and with an absolute urgency to recruit new investors. His race against the clock failed, and promised payments on his behalf never materialized.  Soon his biggest client went out of business, depriving him of a source of income.

So with a family of six, and Andy could not afford food, electricity or anything else – and had to pay others who were struggling because of his project. That was 2018. A year later Andy managed to get on track economically, but psychologically and emotionally, he was a changed person. Anxiety and depression set in, erasing any potential moment of happiness completely out of his life.

Finally in 2020 Andy Pett to stock of his life, knowing that he needed to turn his life around, and that if ever he was going to pay off all the people he was indebted to, then failure could never be an option for him. Success was the only way out. “Back Again” is Andy Pett’s story and his first step towards the success. He understands that success is not guaranteed, just as much as he knows that it needs to be persistently pursued.

Andy Pett – a shot from the video

“Back Again” paints the picture of a man who knows in his heart he can achieve despite the obstacles life has thrown in his face. You must be quick to seize opportunity when you hope to succeed against all odds, and Andy Pett uses this song as a way to remind aspiring individuals to give their all, when the crack in the door makes itself known.

“Back Again” is an instant classic and brings conceptualism and storytelling back to the spotlight of a genre falling into a superficial rut. The song not only tells the story of his hard times, but brings home just how harrowing a life can be, and how cruel people can be during these times. He doesn’t mention any names, but says that these people know who they are.

It’s easy to lose yourself out there, but Andy Pett kept a hold on his sanity and turned hurt into art with great results on this song. There aren’t many musical experiences more visceral than when a rapper like Andy waxes poetic, bringing real-life drama, clever wordplay and vitriolic attacks, over an earth-shattering beat. Andy gets the formula just right here.

The stellar cinematic beat anchors the track, as Andy rapidly rattles his sharply focused rhymes back and forth across the sound canvas.  The song is hard-hitting and urgent. More than anything, though, “Back Again” is a snapshot of an artist who has waited too long for this moment to waste it for even one second. “Back Again” speaks to anyone who has fallen, struggled, and got back up again, with a vision to fulfill their dreams.

Jefe Strong is one to watch without question!

Producer Cy Matik allows his signature sound to speak for itself