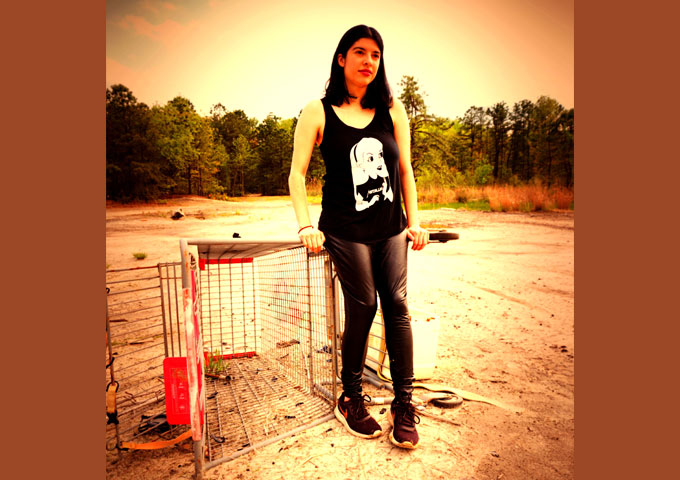 Twenty-seven-year-old NJ singer-songwriter, Alex Julia promptly delivered on her latest single “Like the Sun”, on May 21st  after having made an impressive impact on fans, the industry and the media, with her debut EP “Better Part Of Me” released independently on September 19, 2020. Julia transits across her pop, rock and indie influences, with effortless ease. Born under the sign of Libra, she has a relentless drive for balance and harmony. Working with upcoming Germany based producer Patrick Wörner, on her latest release has certainly lifted the watermark on Alex Julia’s sound. And it is evident from the opening notes of “Like the Sun”.

“Like the Sun” is further proof that Alex Julia is capable of translating broadly understood emotions and experiences into unshakable earworms. She matches every moment of lyrical notation with rich musical folds, exhibiting a touching empathy for her topics. Propelled by a slinky drumbeat and jangly guitar rhythms, Julia’s everywoman charm makes for a song that will be relatable to casual listeners and discerning music nerds alike.

Alex Julia brooding no-frills delivery and penchant for clever wordplay lends her a magical allure. “You’re so perfect, you’re like the sun,” sings Julia, the paradoxical analogy of the sun’s obliterating power, as opposed to it being a vital source of energy for life, is one of many lyrical metaphors cleverly juxtaposed across the track. “Like the Sun” is a masterful and smart song that never plays down to listeners, while still bursting with hooks that lodge in your brain for weeks.

Every moment of the track’s seeming simplicity is inspired. “Like the Sun” is such a competent piece of work, every moving part is not only well-oiled but possesses the kind of charisma that only the most cunning producer can create in the studio. In landscape where half the new artists seem to have sprung from reality and talent shows, or viral videos, the arrival of Alex Julia is an unexpected event.

Alex Julia has opted to let her musical compositions speak for her. She’s focused all her energy on simply being a really good singer and songwriter. What she needed, to move to the next level, was really good production. Something she seems to have found on “Like the Sun” with Patrick Wörner. Keeping the essential hues of her earlier work while adding splashes of ear-warming sheen makes an impacting difference here.

As a vocalist, Alex Julia is strong but rarely showy. She has a knack for enhancing the primary colors of a song, applying only the most subtle shading. Not only does this keep things musically cohesive, but avoids any disconnect between the substance of her lyrics and the tenor of her vocal delivery.

On the track, Julia ultimately demonstrates her talent for sonically capturing the nuances of each overwhelming, indescribable feeling, in “finding light and fulfillment after a life of self-reliance.” “Like the Sun” demonstrates a maturely written indie-pop and rock sound, with all the mainstream appeal built in, which you certainly wouldn’t mind hearing on the radio regularly.

Next post NesKoH - “A GDJE ĆEŠ SAD?” - dark, bittersweet, and moody at the same time