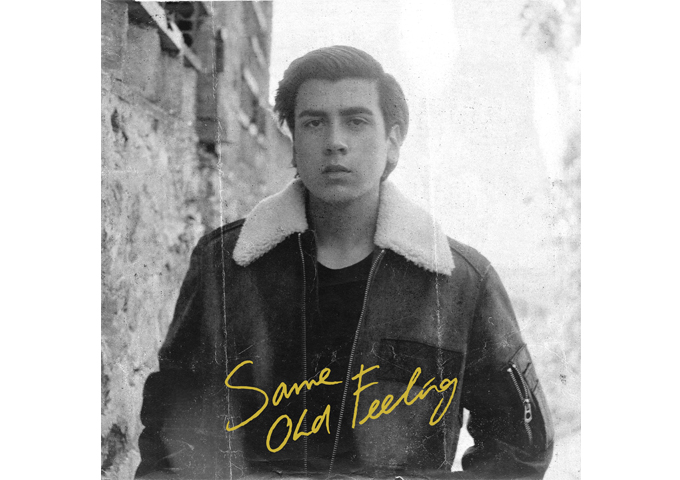 This song was released last Fall on his self-titled debut EP. DAYVID explains that “Same Old Feeling” was the last song written for this EP. It reflects on an old love that was like no other.

The production is simple with piano, vocals, and an 8-member gospel choir providing backgrounds. The lyrics and vocal performance make this song meaningful and powerful. All elements support the soaring voice that grabs you at the very first line.

The video was filmed in Tuscany, a region of Italy that has inspired romantic thoughts and works of art for hundreds of years.  DAYVID chose Italy to honor his maternal great grandmother who immigrated to America as a young woman (20) with no money, no English, and little education. The beautiful Tuscan scenery expresses and inspires the feelings captured in this ballad.

Conner Evert directed the “Same Old Feeling” video. His credits include videos for Alec Benjamin, Eben, Plested, Dizzy Fae, and many others. Conner and DAYVID have collaborated on several projects including the popular video for “Wasted Love,“ the lead single from the EP including “Same Old Feeling.” DAYVID chose Conner because his simple approach to story-telling would capture the sentiments expressed in this song.

DAYVID says, “The ‘Same Old Feeling’ video was made in September, 2019, but I delayed releasing it until I thought the time was right. My focus has been on promoting my current single “Spinning Bottles,” but the COVID-19 pandemic hammered everyone’s life. Italy has been especially hard hit, and grim pictures of the effects dominate news about Italy. We all want normal life to return, including the beautiful and romantic Italy shown in my video. But we can only get there if we follow the guidance to avoid situations where the virus can be transferred.”

DAYVID will donate 100% of the proceeds earned by this video to Croce Rossa Italiana (Italian Red Cross) for their efforts to mitigate the effects of COVID-19.

22-year-old singer and songwriter DAYVID is a San Diego native.  As a child he sang in a church choir, and in high school began dissecting popular music to understand its construction. At 16, he began commuting to Los Angeles to find a path into the music industry and soon found success writing music for artists including Fedde le Grand and Navarra. At 18, DAYVID moved to Los Angeles to pursue a full-time music career. Wanting to remain independent, he assembled his own music team of collaborators, and released his debut single “Sure of Me” in Fall 2018. He began a collaboration with Grammy-nominated Morgan Taylor Reid soon after, which spawned the well-reviewed single “VHS” in Spring 2019, the single “Wasted Luv,” from his debut EP, “Dayvid” and the current Top 40 radio hit, “Spinning bottles.”

DAYVID has a unique modern voice that is often compared to ‘80’s artists like Tears for Fears or Chris de Burgh. The production builds the music bed around his smooth natural tone to provide a modern flair.

DAYVID’s music is inspired by many artists including Prince, George Michael, and Peter Gabriel from the 80’s and current artists Justin Timberlake, Bruno Mars, and Taylor Swift.

“I co-write all of own my songs, and am deeply involved in the entire process including production, mixing/mastering, and the creation of visuals to keep everything cohesive with my overall vision,” says DAYVID.  “Much of the inspiration for my music and aesthetic actually comes from 80’s classic films like ‘Breakfast Club,’ ‘Say Anything,’ and ‘Sixteen Candles.’ For me, it’s all about creating music that speaks for me, and hopefully gives a voice to others.”