J-Hamz ft. Jesse Peters: “I Stack Up” EP – there are absolutely no bad songs on this! 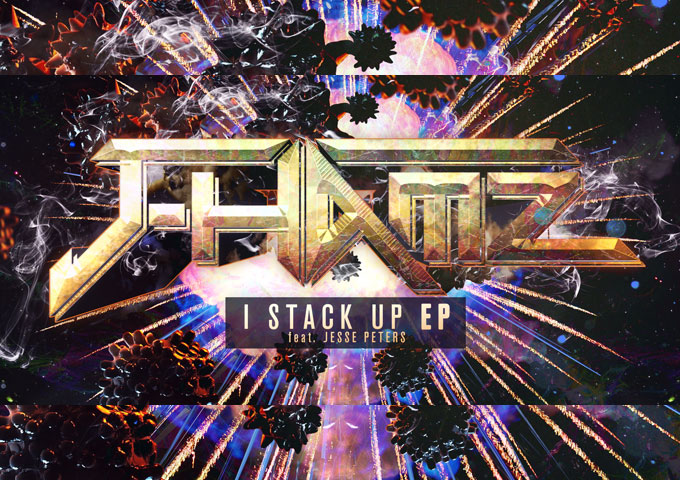 J-Hamz, medical doctor by day and DJ by night, has dropped his 5th release, the fresh house and hip hop flavored “I Stack Up” EP, featuring 3 original tracks, with lyrics and vocals by Jesse Peters. The EP eschews hyperbolic concepts, reinvigorating the electronic EP and album format by showing a record can still be smart and anchored by the dancefloor. Refusing to be pigeonholed or constrained, “I Stack Up” is filled with the same spirit that was seen and heard on his previous releases, but only with an advanced musical aura. From breathy melodic euphoria to stripped back darker minimalism, this is quintessentially J-Hamz, immaculately produced, soaring but intimate, euphoric and melancholic, and underpinned by those singular J-Hamz melodies.

The best part of “I Stack Up”, of course, is the collection of brand new songs J-Hamz brings to the table – from the introductory rap-infused, title track, “I Stack Up” ( Radio Mix) ft. Jesse Peters, which rides on an electro flavor and a thumping bass line, to the angular future house syndrome forged on “Keep On Lovin’”(Original Mix), also featuring Jesse Peters on vocals.

Probably the most eclectic track on the recording is, “A Very Important Expedition (Original Mix)”, which sounds like a spaced-out video game soundtrack infused with dark grinding synths and eerie voices. The EP closes with the extended club remix “I Stack Up” (Jeff Olson Club Edit).

Considering that engaging in a medical profession is J-Hamz’s day job, churning out such instantly-contagious moments of electronic perfection is one hell of a night job, and one that will come with eternally-crushing expectations if he continues at this level. J-Hamz’s has managed to create a set of songs on this EP that feel very much of-the-moment while simultaneously timeless and nostalgic as well. These are dance songs that are heavily focused on melody and composition but done in a way that both casual listeners and hardcore Beatport over-analyzers could both appreciate.

As the “I Stack Up” EP pushes on through its 4 tracks, something becomes immediately clear: there are absolutely no bad songs on this. J-Hamz’s avoids the biggest misstep that most EDM EP’s or albums have – too many similar-sounding tracks – by differentiating his textures and tones on each piece.

You can also identify a recurring theme in the majority of J-Hamz’s productions, as they begin with a relatively straightforward, singular track on top of additional synths and effects which are harmonized until the whole of the song blossoms into something far more profound. Sometimes it’s the drum pattern, at others it’s the bass line.

From the grooving percussion all the way to the glittering synth melodies at each peak, these tracks demonstrate just how vibrant of a mental environment the J-Hamz’s sound can create for its listener. The tracks’ central melodies seem to rise through layers of musical atmosphere, shining in weightless free fall, before touching back down at the point before which its rudimental elements first coalesced. It all ultimately makes for a much more than respectable collaboration between J-Hamz and Jesse Peters.