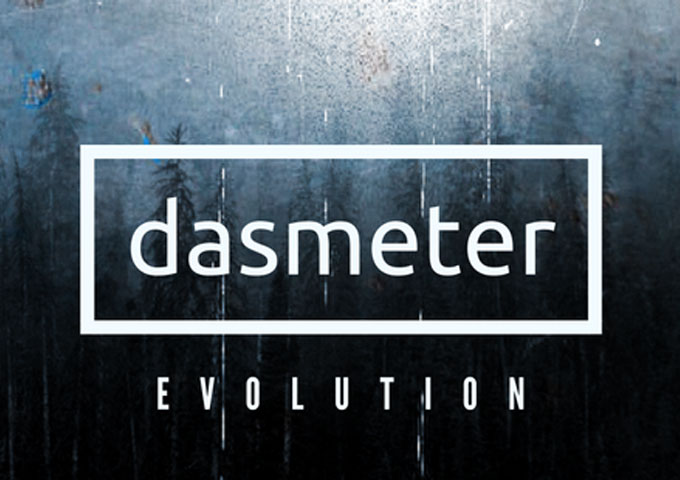 Real-life brothers Darren (Keyboard, Drums) and Michael (Guitar, Vocals) are an American music duo project that goes by the name of DasMeter. Their debut electro-hardcore single “Mercury” was released in late May of 2015.  Now in 2017 DasMeter unleashes their brand new 13-track body of work entitled “Evolution”. Whenever you hear the words: “I choose you to be my partner in life. I promise you my unconditional love, my fullest devotion and tender care,” or “I promise to be faithful and to love, honor and cherish you all the days of our lives…”, beware, as promises like these, made by mere fallible mortals like ourselves are bound  to be broken. Recent stats claim that over half of all marriages in the United States – a staggering 53% – end in divorce! So more than one in two marriages, where the above words are pledged, are proclaiming promises that will not be kept.

“Evolution” is born out of the failing of those pledges, as DasMeter compose the accompanying soundtrack that takes us through marriage, separation, and divorce. Up until now, the structural decisions, the subtle production touches, and the synth tones that DasMeter produce have always gone straight to the subconscious, that evokes feelings more than thoughts.

And on “Evolution”, the feeling in question seems to be a dim, wriggling, all-pervading anxiety and delusion, sprinkled with perceptible rays of hope.

They’ve made a really great soundtrack album for the moments of your day where you’re stressing about things of the heart and difficult personal-life decisions. They’ve made a great thematically uncomfortable – yet musically comforting ambiance album, one that sticks with you through all your discomforting moments. DasMeter let you know that you are not alone in these saddening plights. Moreover, the replay-ability of this album pairs amazingly with late nights of work, road trips, a long gaze out of rain licked windows, a meditative nap…just about everything.

The uncanny knack the duo has for evoking pensive nostalgia in the present moment is readily available on this album, which will make you ponder and deliberate. The play of memory and music preoccupies most musicians, but few translate it into instrumental music as well as DasMeter do.

From the moment “twenty years” kicks in, you’ll begin to feel the narrative though the layered instrumentation.  It’s very atmospheric in places but rises to perfect IDM on upbeat back to back tracks, such as, “the wall”, “fighting for you” and “losing hope”.

There are no bad songs to be found here, even if some of them might take a while to sink in. It may not overtly hold mainstream appeal, but genre fans will absolutely adore this album. My favorites for now tend to be the melodic “on my knees”, the twisting rhythms of “I cared about you” and the brilliant synth sounds on “silver linings”. However their aural magic is as evocative as ever on all of these tracks, and with their alchemical skills, they could well invent any necessary musical element they desire. In a music environment where most bands take great pains to be connected to their fans, DasMeter have created an environment which eludes tormented hyped-up commercial schemes for anyone interested in their music.

Why? Because the fabric of their music is creating emotional, profound scenarios that tease the mind as much as they satisfy it. The public who love this music will naturally be drawn towards it on its intrinsic merits alone, resulting in fans with a unique reverence for not only DasMeter’s music but their intelligent approach to making and diffusing it.

Next post Doc Jazz: “It Takes Love” - hold your breath to hear the words