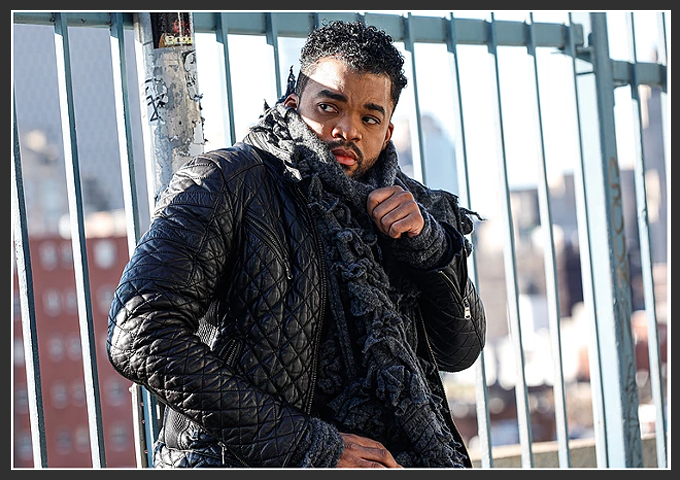 Buggzy Hoffa of Black Diamond Mafia has released his new single “Pray On”, a song talking about the world and what is going on at the moment. An infectious tune that will have people bobbing their heads to a song about what many are facing at the moment. This song is a departure from his normal path of wine, women, and song. It gives a deeper look into the soul and heart of this man who from first glance appears to be only down for the normal rapper shenanigans. Being in the industry for 24+ years teaches you a thing or two to say the least. Buggzy Hoffa is a native of Brooklyn, New York. Originally Brandon Wilson, who describes himself as a geek that attended Holy Rosary Elementary School and John Dewey High School in Gravesend, BK, never graduated and never got his GED. He has, however, been in the entertainment industry since the age of 6.

He was an extra on the infamous The Cosby Show, where his dad was a stage manager. Given his dad’s ties and his siblings’ connection to the music industry (his brothers being Rameses Wilson aka. ‘Trill Cosby’ and Charlie Wilson), it was only natural for H.E.R.U. to continue pursuing entertainment. Pursuing film is still on the agenda and he intends to write, direct and star in his own film, but music is taking the leading role in his life.

With a huge repertoire of business endeavors under his wing such as Real Estate, Waste Disposal, Crypto Currency, Stocks Trading and Personal Management, Buggzy still finds creative expression through, not just music and arts, but in all his business ventures. In 2010, he owned award-winning speakeasy, Dutchkills Bar, and in 2012, PKNY Tiki Bar in NYC. He’s no stranger to venues and the event industry scene.

A thirst for creative freedom is what inspires Buggzy Hoffa. His characteristics of being hard to read, mysterious and egotistical, but with a heart of gold, somewhat explain his strong dislike of barriers and control schemes. He strives to remain a free man amongst other entertainers. Creation is something Buggzy is in love with. “Being creative with other creators is spiritual,” he says. As he lives up to that creativity, Wilson was a published writer for #1 Standalone comic book Gekido vs. Code Name: Justice vs. Ravedactyl featuring Coco (Ice T Wife) in 2018.

Passive no more, Buggzy has come to learn the value in aggressively pursuing one’s dreams, without compromising compassion. Pursuing dreams is what Wilson continued to do, in early 2019 Brandon was played by him in the infamous Friday the 13th Vengeance movie and later became a character in the official Friday the 13th Video Game (PS4, Xbox One, Switch, PC). With the success of these ventures under his belt, music remains the most passionate one of all.

Brandon founded and introduced the world to his group Black Diamond Mafia in 2019, an American hip hop group formed in the New York City, his borough of Brooklyn. Composed of Entrepreneur Rapper Buggzy Hoffa, The Rockstar Jai-ho The Golden Child, Boastful Trill Cosby, Charismatic 2CaNn and The Wavy Mr Tony Blu. The group took the industry by storm with their debut single “Superfly” in September 2019 that spilled into a stream of success and followed with their follow up single ‘Fire Hose That’ hit 1 million views on YouTube, charted Top 50 iTunes Hip Hop Singles and Digital Radio Tracker Top 10.

After signing to Eric B Music Group Sony Orchard in September 2020, his single ‘Head Bussa’ trended at 27 in the Top 50 Hip Hop R&B Spins in October 2020. The momentum continues to soar as Buggzy Hoffa sets to debut his solo single ‘Pray’ in November 2020. Be sure to listen and look out for Buggzy on the air, stage and the big screen again soon.

Next post Mr. Reaper - “Thru The Dark” captures an unusual trip