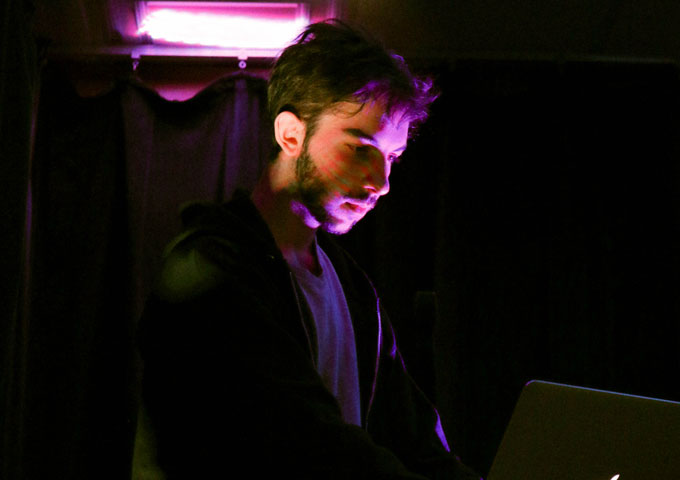 BASSEAH (Deniz B. Turan) is an alumni of the Berklee College of Music in Boston with a focus on composing and producing interactive music for video games, and is originally from Istanbul, Turkey. His artistic emphasis is on rich soundscapes and distinct harmonic tendencies influenced by dramatic classical/film/video game music, brought together in spectacular live performances involving custom psychedelic art visuals he mixes live simultaneously.

Listening to a BASSEAH single, album, or EP in this case, truly becomes more of an experience and less an act of just listening; the variety and amount of layered sounds is wonderfully engrossing even when not under the influence. One of the more immediately noticeable aspects of “Mineral Rave” is the emphasis on the bass lines; the entire recording is driven by the varying bass line thumps and growls.

This provides heft and even more of an inclination for the listener to dance or just let go. The opening moments of “Goethite Glitch-up” are prime examples of this, with the track’s layered claps and psychedelic synth repetition complimenting this emphasis on bass perfectly and adding a sense of urgency to the proceedings.

There’s something ineffable about the music, something enigmatic that makes for a fantastic experience. And while his virtuosic grasp of the art of visual entertainment says wonders about his dedication to his music, it also can risk reflecting a bit negatively on recordings without the live setting.

Let’s face it – getting the full effect of BASSEAH’s music is more difficult in less euphoric circumstances. However the way his music is structured, makes sure it never feels out of place in the context of daily listening. And even a 9 minute complex arrangement like “Hail Dance” never feels like it is overstaying its welcome.

BASSEAH has mastered the art of his genre which incorporates diverse styles, leaving many psychedelic artists in the dust with his complex rhythms, intense production, or the harshness of the bass breaking over the top. This is thoroughly exhibited on the thumping “Surfing Crystals”. This music is certainly not for everybody as most would probably find it a little weird, maybe too busy, or out there, but there are hints of melody, especially on “Goethite”,  which will keep first time listeners interested too. It is an intense recording at times with peaks and valleys and much in between.

The music on “Mineral Rave” is definitely a long way away from mainstream music. But it is an EP that conveys a sense of wonder about the world and around us. It is meant to be listened to and not just as background music, maybe late at night with a high quality sound system, so you can blow your mind.

Complexity abounds and I can only imagine the many colorful blocks making up the Ableton Live arrangements. By the time you get to the end of the EP, your consciousness will have been pulled through a maze your imagination has created in response to the music.

Previous Article Miss Tun Pickney: “When I Need A Remedy” out via Dingazz Music!