THE BRKN DEBUT EP ‘NO. 3’ OUT NOW VIA INGROOVES

D-Witt is determined and focused

Stiff Lauren – “Faith In Me” swirls, pulsates and bounces!

The Black Lemons: “You’re Never Gonna Have Enough Money” has something special going on 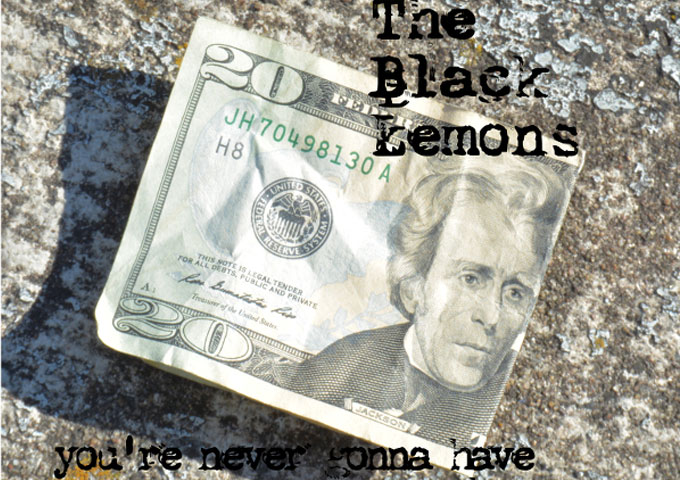 The Black Lemons’ songwriter and bass player, Stephen Simon, together with guitarist Jay Lawrence, shuffled instruments and players, until they picked up Philadelphia native Scot Sax on drums. Scot is a successful musician, with two major label deals, and a Grammy for songwriting. The Black Lemons have now released their latest single and video, “You’re Never Gonna Have Enough Money”.

Seriously influence by the ’70s and ’80s, they change directions a lot, maybe even in the same song, but it is always good. As artists they should be applauded for keeping music great and not descending into pure Top40 Pop. There is so much bad music out there you should really support the few artists like The Black Lemons that try new things and make it sound so good. The Black Lemons happen to have exceeded my expectations with “You’re Never Gonna Have Enough Money”. It has a little bit of everything within it, from a more common soulful rock, to psychedelic-funk inspired sound. Jay Lawrence’s funky guitar riffs are incredible in this track, together with the manic piano, which throws you right into the band’s retro-futuristic musical vision – something similar to David Bowie singing lead vocals with the Talking Heads.

When you create a niche sound from legendary influences, like The Black Lemons have done, you are placed in a precarious position: you want to keep those original influences that inspire you, but you also need to expand on it, to claim your own stake of original creativity, and The Black Lemons have done just that with this single. The nuances are subtle, different instruments are brought to the forefront; there are diverse plays on familiar rhythms, more vocal clout to carry the choruses.

Its’ like déja vu for the listener– you think you’ve heard it before but you just can’t remember the song. With all the wannabe musicians out there, it’s obvious that Scot Sax, Jay Lawrence, Stephen Simon have something special going on. This band has somehow captured the best part of the 70s and 80s Rock, New-Wave and psychedelic Funk vibes and given it a hip modern twist.

There’s so much music out there today, especially in the digital world of 2016. Out of all the bands, musicians and good music, The Black Lemons really stand out as brilliant. The main reason being they mix technicality and heart, with intelligence and a solid streak of eccentricity. Compare this music to any genre and it will stand up as good. The Black Lemons transcend genre to that specific point of where music is just considered good!

Next post Deamer: “Southside of the Bridge Volume 2” - a voice that calls to you through the wires and speakers

Previous Article dB Fresh: “3 Zips” ft. Future and Prod. by Lui Kang - track is fire if you know how to listen to it!