ALLIANZA TELLS IT WITH “THINGS YOU DO” 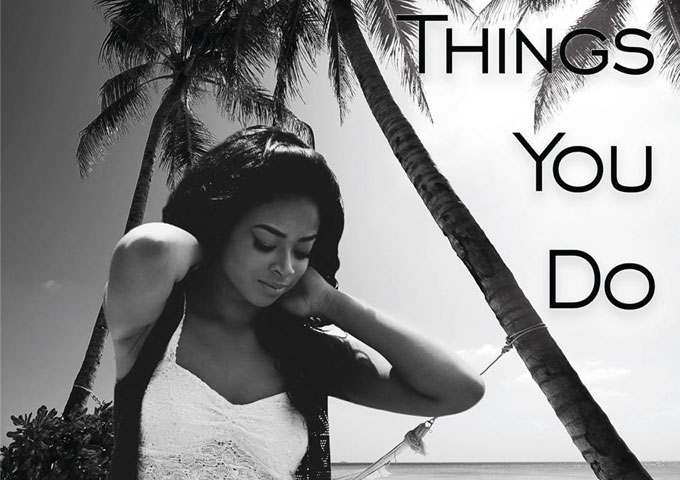 When Allianza first signed with Ace Spin Records, she brought with her a maturity behind her years, taking provocative soul songs to a whole new level. Her style was stripped down and organic, making critics compare her to Alicia Keys or a young Fiona Apple. The single is reminiscent of the types of slow, romantic beats produced my Murder Inc. for Ashanti; a song that shows a less somber, more playful side to the songstress. Producer, D’Aceman Johnson, felt this was an important progression for Allianza as an artist.

“When Allianza first came to our label she had already had a mature soulful sound that we wanted to capitalize on,” D’Aceman says. “When you have that kind of raw talent at a fairly age you want to take it out for a test drive. With this record we wanted to stop, step back, and let her be young. Things You Do is about being in love and enjoying that moment. This is Allianza’s moment to shine and it comes through on the single.”

Allianza has been with Ace Spin Records for close to two years and in that time has created solo hits and helped launch other artists on the label with duets. Having spent years acquiring piano and guitar skills, while also refining her singing talents, Allianza became a seasoned performer and singer by the time she was brought on to Ace Spin Records. Her first singles all reflect the type of maturity and soulfulness that she and Producer, D’Aceman, was going for at the time.

Being able to switch it up and show a different side of her voice and talents was a challenge she wanted to take. “I used to love to listen to 90’s hip hop and R&B music as a kid,” Allianza says. “Aliyah, Ashanti and TLC were some of my favorites and I feel like this single let me put a sprinkle of that fun love song back out there. I’m really excited that we had the opportunity to do it.”

Allianza is a member of the Ace Spin Records stable. Ace Spin Records is just one part of the Johnson Douglas Media & Entertainment, Inc. family. The label is focused on creating its own distinct sound aside from the parent company. Artists like Allianza help establish a fresh brand of talent that are capable of a wide range of styles and emotions. With Things You Do, Allianza helps keep the creativity moving in a forward direction.

Things You Do can be heard on her website or the song can be downloaded on iTunes, Amazon, or purchased on CD Baby. For more information on Allianza, to schedule an interview, or request promo copies of Things You Do, contact Evelyn Walker  Website: www.therealalli.com

Tags: Ace Spin RecordsAllianzaR&BThings You Do

Next post Underbelly: “Ripple” is refreshingly attractive to the ear