Nyke Ness’ ambition and honesty shines through and through 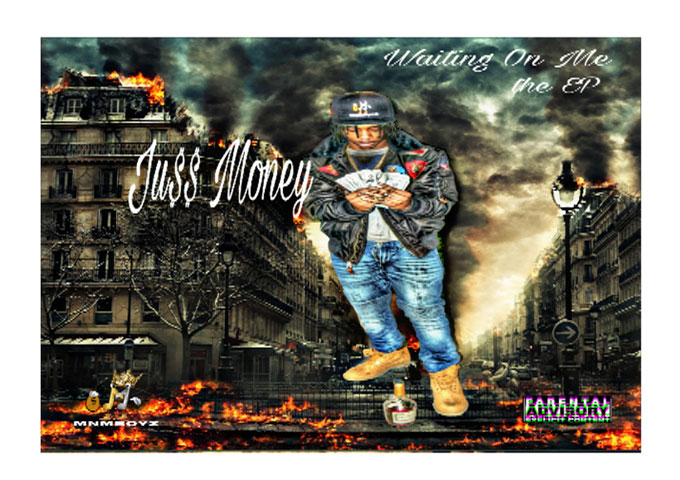 Out of a housing project called Ravenshood in Queens, MnMBoyz Ju$$ Money is a talented and ambitious rapper currently putting the finishing touches to his brand new EP “Waiting on Me” set to drop on February 21, 2020. In anticipation of the new release, we grabbed an ear-load of the title track.  The production is good throughout, providing a good dark soundtrack for Ju$$ Money to kick his heartfelt street tales. He’s not only one of the most talented rappers when it comes to pure skills, but he’s one of those rappers where you can feel his lines when he spits them, which to me is often better than having a crazy flow but nothing to say.

The track is really consistent and encompasses one sound and one vision, which is more than welcomed in an era where rappers are trying to do multiple different things on one track, including a handful of features. “Waiting on Me” might not be your typical 2020 mumble hip hop track, but that’s what makes it standout so much and an essential of the year.

Ju$$ Money lifestyle is extremely evident in his rhymes and with that being said it is obvious that he is not rapping about anything we haven’t heard before. The difference lies in the way he delivers his rhymes, he’s far more poetic than his counterparts and he possesses tremendous story-telling and picture-painting abilities.

The struggle between artistic growth and keeping the listener’s happy is a delicate balance for any musician, even more so in the ever-fickle rap world. Do you keep making remaking the same songs or do try and test the limits of your abilities by stepping outside your comfort zone?

Listening through his back catalog, Ju$$ Money shows that he has never been afraid to wear his heart on his sleeve, and even though he fills many of the tracks with personal sentiment, he just spills it how he sees fit. Ju$$ Money blends conventional street wisdom with life lessons he’s learned along the way, incorporating it into his style which is vivid, poetic and exhibits a remarkable narrative ability.

The rapper also shows his affinity for introspective and soul-adjacent sounds on “No Struggles”, solidifying his trajectory towards a more lyrically nuanced and musically diverse sound. Ju$$ Money glides across the beat, switching his cadence and pitch like a seasoned rapper. The artist’s mind never stops spinning on this track; he’s expansively creative lyrically, and never rests.

Ju$$ Money’s combination of authentic street tales and emotionally reflective confessionals equate to incredibly well-rounded tracks. From “No Struggles” to “Waiting On Me”, Ju$$ Money employs a head-bopping flow, making his verses pop.

These tracks represent an overall creative win, and are perfect precursors for his upcoming EP. Ju$$ Money’s lyrical eloquence, gut-wrenchingly tangible honesty and Queens grit, devoid of any calculated commercial appeal, comes to powerfully to the fore here, and that’s a major change from what we’ve been used to hearing on the radio lately.