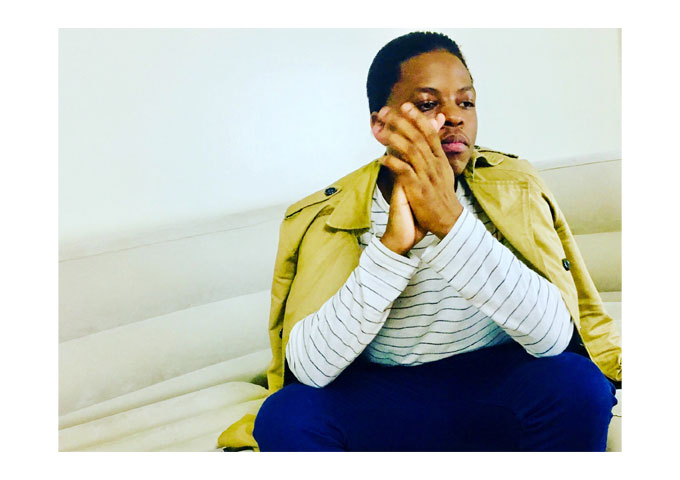 Javyn Knight releases his debut EP, “The Gospel Of Javyn” on March the 24th. The artist’s arrival to this event has not been an easy one. He left home at sixteen to join the army, completing his basic training and part of his AIT training, when he was diagnosed with schizophrenia. He went on to be officially discharged and found his way back to civilian life. It was then that Javyn decided to flip his future and pursue a different, but just as passionate, career route.

Javyn Knight aka The Blacc SINatra

Javyn Knight aka The Blacc SINatra grabbed hold of a mic and started reppin’ South Carolina, building a solid reputation for himself along the way. All of which brings him to the release of his highly anticipated EP, which is preceded by the lead single, “Exodus”.

Javyn Knight’s easygoing soulful tone, beautifully fluctuates over the course of the track, never running the risk of sounding flat and static. Relatability, positivity, and general geniality seem to characterize the rapper, both as a writer and performer. His unique voice and iconic style shine on this release, laying bare his emotions and feelings for all to listen to.

Right from the opening bars of “Exodus”, Javyn Knight’s breathtaking voice envelops the listener in a peaceful blanket of soothing notes. The most powerful part of this release is not just his voice though.

Javyn Knight takes us on a journey, where his masterful lyricism displays his immense talent. With a mix of R&B and chill electronics, Javyn crafted “Exodus” to showcase his incredible storytelling. He transports the listener to his head space, where his easygoing melodic flow covers them in a blanket of tranquility and reassurance, infectiously drawing them back into the track to listen again and again.

Javyn is being totally sincere, and the production is gorgeous and incredibly lush. His flow is textured and emotive, the lower register is gritty and soulful, the melodic twist is dreamy and controlled.

So with plenty being offered by way of writing and groove, “Exodus”  is further enhanced by Javyn’s rhyme scheme and his vision for it; the tone of his voice, the perfectly placed keyboard runs, choral swells and percussive titbits. His melodic vocal stylings are great for offsetting a more aggressive rap verse, and there’s certainly something about his phrasing that can draw in listeners.

The coolness of “Exodus” makes it an ideal track for the evening, winding down and chilling, letting yourself fade into the night. In fact his smooth sound and relatable lyrics make for versatile music adept for a variety of settings.

Javyn Knight is at a point where people will be hard pressed to ignore his artistry – the rapper proves himself to listeners on “Exodus” and then repeats himself on “The Crucifixion”, which is yet another example of his bravado. It feels like a triumphant declaration that he is moving on to something bigger and better, which may just prove to be “The Gospel Of Javyn”!

Next post Exit To Eden: The extreme situation of hate-love as told on their new Goth 'n Roll single "Love At First Hate"!