Jefe Strong is one to watch without question! 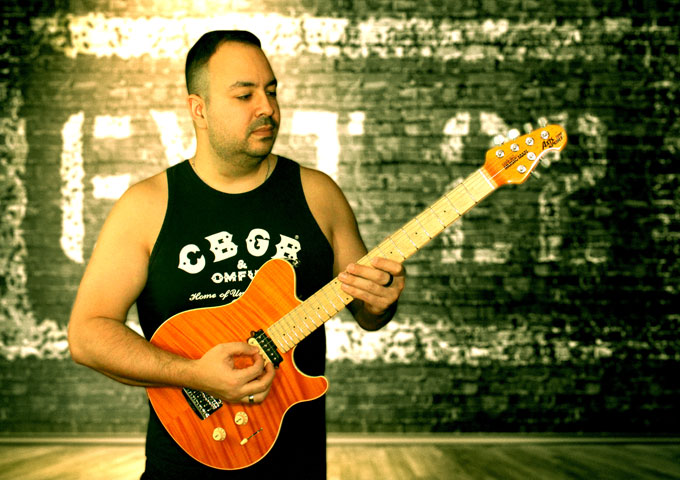 Chris Calamera’s songwriting and production is what distances him from his pop and rock peer group. He isn’t too big on image, but big on production. What he does is continue to be himself, he lives his brand by not following fickle trends, and stays true to himself. Chris and his music production company, Exit 22 Music know exactly who they are, and what is important, and hence record amazing, timeless music with their crew of collaborators. The music production company’s blend of pop, rock and dance beats has the ability to capture the listener’s attention, both musically and lyrically. All of which are topped with superb vocal performances and can be heard on songs like “Break These Chains”, “The Magic In You”, and “Before I Fall”.

The new single, “Lesson Learned” is a real pop-rock gem that’s more nuanced and better crafted than most modern pop. The music and performances are so enticing. It also feels like the type of track that’s going to show us more layers, the more it’s played. Chris once again engages a great female singer for the lead role. She is in total control of her gorgeous instrument. And upon repeated listening of the single, the superb vocals, the catchy hooks and great lyrics will start to embed themselves into your brain. And, like a crack addiction, you will have to go back for more and listen, again and again.

“Lesson Learned” is another phenomenal project by perhaps one of the strongest indie pop-rock songwriters and producers around today. There are few musical creatives who I automatically give a pass, Chris Calamera and his Exit 22 Music project is one. He seems to come up with exceptional material time after time.

His productions have all the expertise of superstar material. This track has it all, voice, production, and mainstream appeal. “Lesson Learned” moves from initial vulnerability to being very empowering and moving. A mature songwriter and producer, confidence and commitment oozes from every orifice in Calamera’s creations.

Taking into account narrative songwriting, thematic production and a dramatic, emotive performance, Exit 22 Music has easily met its goal of producing an all-embracing track. Pair the technical importance and urgency with a charged vocal performance, and you have yourself a winning combination.

The narrative too, is extremely relatable. Removing herself from a dysfunctional relationship, the singer begins to realize and embrace the strength she’s gained from the experience. The pain is translated into pride and confidence as a soaring vocal performance emboldens the new woman emerging from the ashes. The commitment is supported by stellar vocal performance

Chris Calamera makes it clear yet again that his project Exit 22 Music, is here to stay and continues to develop with each release. “Lesson Learned” doesn’t reinvent any genre, nor does it try to, but it portrays an artist continuing to redefine himself – in the process, solidifying his position as one of his generation’s most interesting underground talents.

Next post Hip-hop and Soul Artist 'Plan' Set to Release his E.P, "Expresso" Later this Year