The Amatory Murder are proud to release ‘Room 208​’, the third single off their upcoming record ‘Singularity Complex’

Winchester 7 & the Runners – “My Super 8” – showcases everything good about this band!

MONOTRONIC’S “BUY YOURSELF A DREAM” VIDEO OUT NOW! 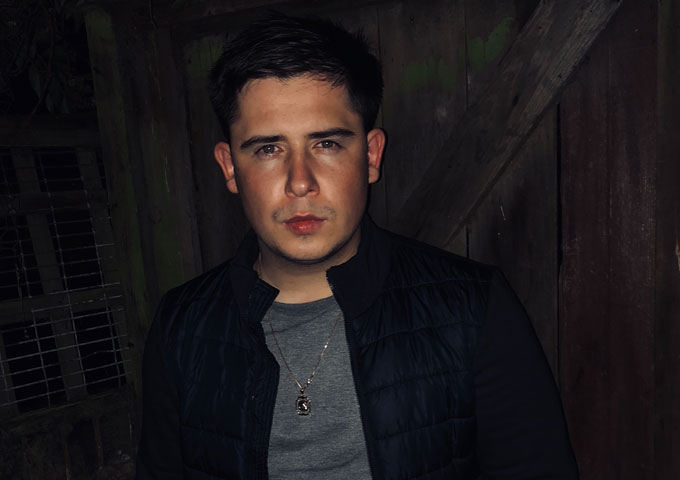 Based in London, England, T Capo is an artist, singer, and songwriter originating from Daugai, Lithuania. The artist, who started working on his craft from the age of twelve, seeks to create music that will inspire people around the world. T Capo recently dropped his debut single “I Don’t Need You”, taken from his upcoming EP “Londono Lietuvis”. The track impressively presents a dark and soulful, trap influenced beat, with impacting soul-searching lyrics centered on his personal feelings about interpersonal relationships. T Capo’s unique, deep voice serves to enhance the level of dark introspection present in the music. In fact “I Don’t Need You” presents everything fans have grown to love about the new urban music movement. The beat immediately places you in a feeling of levitation with pulsating keys and growling basslines allowing T Capo to do his thing.

“I don’t need you. No, I don’t need you. Only need me in this life, and it’s true,” sings T Capo. Aside from exclaiming his emotions, the artist also manages to create a multi-perspective explanation of how we need to depend on ourselves to move forward.

“I Don’t Need You” proves there is power in showcasing your truths. T Capo’s raw and unsealed lyrics focus on his own experiences, while correlating it back to the listener. Whether you’re sitting around at home, re-evaluating your own life, listening to the track late night in a car trip, or chilling in the club, T Capo does a fantastic job weaving easily relatable experiences and emotions into this work.

It’s easy to visualize what he has been through, but just as easily to relate to the events that are leading T Capo to where he wants to be in his life and career. “Got Malibu dreams, I don’t wannna to wake up. Haters keep my name up, I’m tryna get my cake up. I promised my fam a crib, see these bricks I lay up. I don’t need fake friends my walls stay up.” He pours the entirety of his feelings into the song, emphasizing that you have to empower yourself to move up.

“I Don’t Need You” repurposes its soulful groove into something endearing and inspirational, demonstrating T Capo’s ability to communicate complexities with his well-paced flow and resonating voice.

In an era where artists hype up projects that turn out to be nothing but half-baked ideas, T Capo’s thoughtful embrace of the genre, is refreshing. Sometimes, you need a track like this. You might need it to just level out, help you think, or even inspire you.

This is an artist who is set on carving out an important place in rap and hip-hop, and I suspect that “I Don’t Need You”  will give him an intense promotional push out of nowhere. Musically and lyrically rich, as well as sharply produced, if “I Don’t Need You” is any indication of what T Capo’s upcoming EP “Londono Lietuvis”, will sound like, then he may have a modern classic on his hands.