Owner and CEO of Rich Dreams Music, Rich Pesos has passion for his craft

The Flying Cruisers “Open Up the Door” to a deep, emotional single

DexStylez brings an urban street style vibe to the industry

Matt Heart – “Back to the Start” ft. Jhuryll Phoenix – The progression in this song is mesmerizing 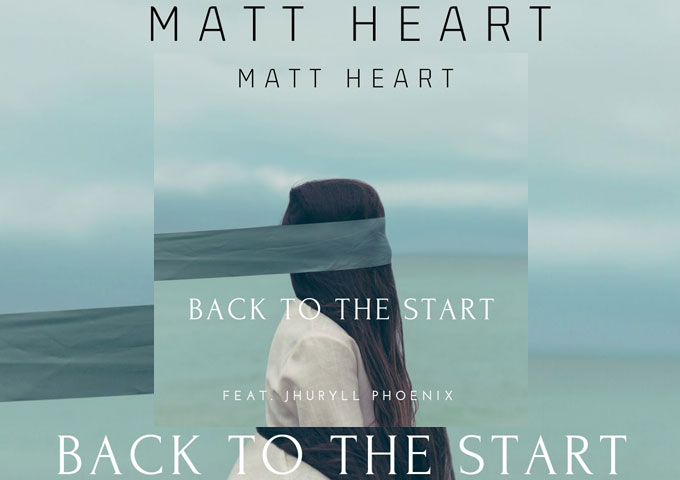 Making a return to spotlight after battling with ill-health, accomplished musician, singer, and composer, Matt Heart once gain teams up with his talented son Jhuryll Phoenix on the emotional and heartfelt love song, “Back to the Start”. The BMA award winning singer-songwriter, who has been in the industry for 30 years, wrote this song for his wife Lori Heart, in a moment when he feared for his life, and wanted to leave a true testimony of his feelings for her. Few artists have evolved so gracefully as veteran singer-songwriter Matt Heart.

Emerging as a formidable crooner, he’s never traded in romance for filthy raunch, like many of his contemporaries who ride the trap train in search mainstream success. It’s hard to argue with classic authenticity like that.  If you’ve been following this artist for a while, you know this ain’t a surprise.

Despite being incredibly underrated, Matt Heart – a self-taught keyboard player – has written and recorded some great music during his career. And his latest, “Back to the Start”, definitely falls into this category. The track features lush, modern production work.  This is a selling point by all means.

Like the production, his vocals exemplify emotion. His tone is amazing.  This has been consistent throughout his career, regardless what he sings. Notably, he matches the swagger of younger contemporaries here, and when Jhuryll Phoenix falls in the mix, father and son kill it.

Collectively, these two creatives make sure that every aspect of this sterling project is done at its highest possible level. Matt Heart has proven time and time again why he has lasted in this business. This new music shows his growth not only as an artist but as a man.

This is Matt Heart finally accessing his soul and baring it in one “go for broke performance” that has always been missing from his catalog. You can tell quite quickly once you begin to indulge into “Back to the Start” that it’s honest, it’s powerful and most of all, it has a lot of soul.

You can really sense the deep and enormous heart Matt Heart gives in this performance. I cannot compliment it enough. I love how Matt has taken his time with the song. Every message is being heard. Every feeling will be felt.

The progression in this song is mesmerizing – The flourishing hooks, the candid rapped verse, and the soaring choruses, all grow more powerful and haunting with each listen. It prompts us over and over again that Matt is trying to remind people what real love is.

You can expect a higher level of experience and maturity considering what Matt has been through in his life.  If like he says, “Back to the Start” ft. Jhuryll Phoenix was born from the tragedy of his illness, and properly channeled through his creative touch, and the sheer love for his wife, then it can be said that Matt Heart has transformed an ocean of ardent emotion into the truest track of his creative life.

Owner and CEO of Rich Dreams Music, Rich Pesos has passion for his craft