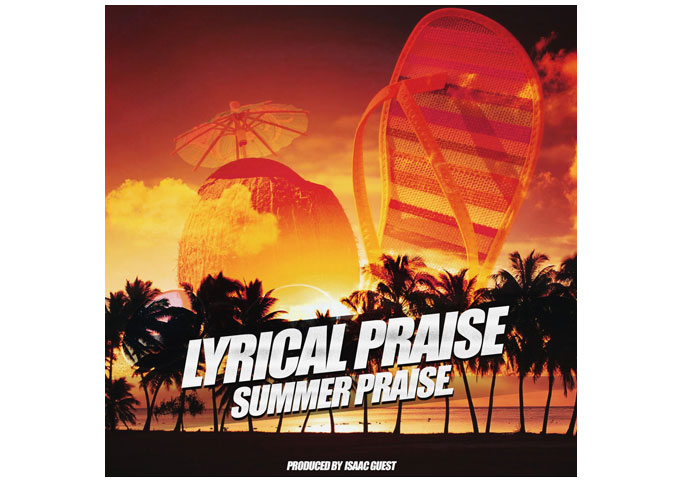 “Summer Praise” by Lyrical Praise is one of the most complete projects in Hip-Hop music in recent years. Full of substance, truth, and incredible lyricism to challenge you as a human being into paths of reflection, growth, and a clear invitation to roar in the face of oppression.

Isaac Guest and Justin Gonzalez present an album that is such a true testament to our constant need to serve God and stand up for the truth, to be sanctified and set apart from the world. I’m not going to lie, this album surpassed my expectations. I’ve always known Lyrical Praise were masterful lyricists, from listening to their single “Strapped Up”, about a month ago, but I wasn’t sure if they would be able to carry an entire album.

God over money artists always seem to do an exceptional job of delivering the message of the Lord, and Lyrical Praise is no exception. At the same time, they still give you relevant lyrical content showcasing their phenomenal rapping ability – metaphors, delivery, similies, punchlines – and great production.

Isaac Guest and Justin Gonzalez can’t be compared to other artists. They are unique, real, honest, raw, they hold nothing back.  God has created them to influence this generation and show the industry that just because they are Christian rappers, it doesn’t mean that their music is going to be a weak cliché’. It is the total opposite.

They are blazing the way in a world where they fall in between. The album has a Top 40 feel but it’s essentially a praise and worship album. It is real, it is pain, and it is the saving grace that God alone extends to all of us sinners. Christians can see it for the amazing art that it is, and that the raw power in Lyrical Praise’s talent captures the rap game off guard.

“Summer Praise” has anthems and bangers strewn across its length and you’d be hard pressed to find better songs in this particular genre than “Truth Hurts”, “Rest In Peace”, “Breakthrough”, “It Gets Better”, “I Don’t Doubt It”,  “Set The World On Fire”, “Couldn’t Make It On My Own and “Thank You”.

There’s just something about these tracks that are different than anything else that is really out there, and I think that it’s the sincerity. Feel is really important to music, being able to completely change someone’s mood within a few bars is not an easy thing to do through, but it is something that can be accomplished with music.

The album as a whole feels like riding waves up and down through emotions, issues, questions, and thoughts.

If you like transparency and relatability, “Summer Praise” will catch your ear. And if you’re looking for Christians who can spit fire and hit people deep while still actually sounding good, you need to listen to Lyrical Praise.

They’re about encouraging young people of faith to wake up and walk the good walk and accepting that you will struggle and stumble but walk it out as best you can. Though each track on this album can stand tall alone, this is a collection of songs that you should listen to all the way through several times in order to appreciate the lyricism and the depth of the project.

Classic storytelling meets the artistry of 21st century hip-hop and the Lord. The result is epic!

Next post Cypha IX: “Fresh Air” - a role model for many of his contemporaries!

Clement Sim: “Draw Near” – encouraging others to find hope and solace in their faith