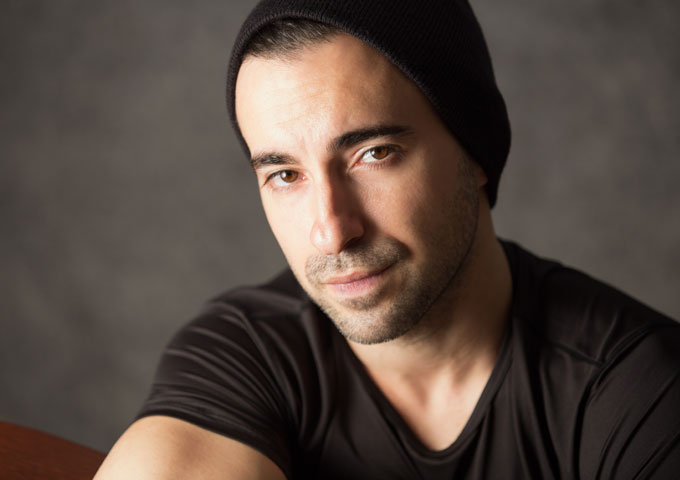 Music is a powerful thing and never is that more obvious than when you’re going through some hard times. After all, there’s a reason why breakup songs are so damn popular and why so many people turn to them when dealing with heartbreak. Whether it’s your heart that has been broken or you’re the one who has done the breaking, rest assured that someone, somewhere has written a song about it.  You could easily describe Joe Uzzo’s latest song, exactly as the title calls it “The Break-Up Song”. But that glib definition does this probing track a disservice. In addressing lost love, the song deals with everything in life you can’t control, in an emotional evolution. “Is there nothing I can say? Is there nothing I can do?” To nearly the same degree that the song’s lyrics explore the limits of control, the music seeks to enforce it.

At the same time, the slickness of the music never blunts its impact, as “The Break-Up Song” sticks to a scrupulously tidy mix of Pop-R&B. In both melody and arrangement, it’s tasteful to perfection. Same goes for Joe Uzzo’s skilled and agile vocals, which go high, higher and everywhere in between.

There are thousands of records sadder than “The Break-Up Song”, hundreds more explicit and a fair number more schmaltzy, but Joe Uzzo’s single holds its weight not in a forced smile or a dejected tear but in its natural honesty and heartfelt, but graceful nuances.

This musical backdrop is mixed perfectly so that “The Break-Up Song” never becomes a barrage of noise or overwhelming to fragile senses, but also maintains its intimate vibe in a realistic manner. Realism is the cornerstone of everything this song does right.

There may be greater songwriters when it comes to general difficulties and universal emotions – but few could pen songs that fit this musical niche more snugly, and Joe Uzzo, Raffaele D’Onofrio & Steven Wiener’s succinct, writing style is pivotal to the outcome of this track.

There is not one single moment that Joe Uzzo threatens cliché, and the absence of melodrama bolt his performance to the floor alongside the sincerity of the sung verses. As with pretty much every flawless record, “The Break-Up Song” needs to be experienced to make sense, and that won’t pose a problem considering that Uzzo’s songs are bound to find their way onto playlists with considerable impact.

Moreover the record’s lasting effect stems from the way it passes through psychological states, questioning things, at its heart searching for answers and towards its close still not finding resolutions. As you listen to “The Break-Up Song” you’ll sympathize with Joe Uzzo, as you both realize that there is a long healing process awaiting ahead…

Next post Spectacle: “My Medication” a hypnotic song rather than a hook-filled one

Previous Article Sonic Circle get underneath the groove!