Calvin Priice is boldly genre-bending all over the dance-floor! 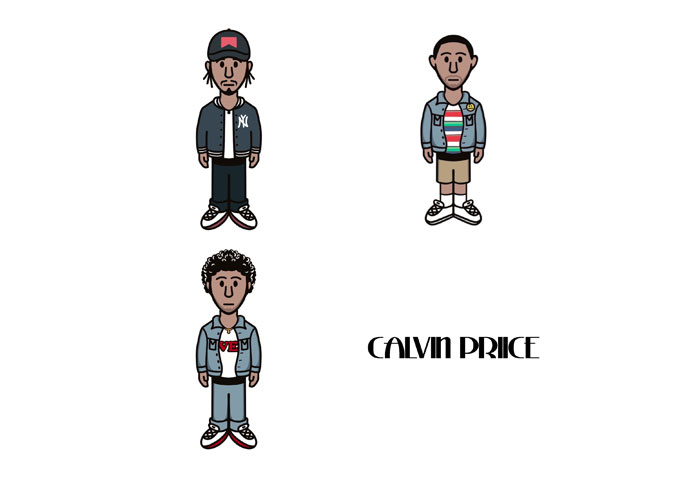 Set to drop his brand new “Bon Voyage” project, Calvin Priice has already proven with the release of last year’s “Pineapple Sunset” that they he as innovative as he is grounded in classic stylings – a well-oiled machine representative of the musical mastery at the heart of his rhythmic sound. One that remains a powerhouse of full-bodied grooves, dancefloor rhythms, technologically on-point composition, world-class vocal talent, and an expert pen game. Calvin’s versatility across all of his works proves the value of staying power and musical chops.

“Bon Voyage” is touted to contain the singles “Amor Galactico”, “Sugar Honey Iced Tea”, “Party en casa”, and bonus track “Downtown Love”. This latter cut being a fine example of the top class wares Calvin Priice blends together in his musical creations. Calvin is popping and absolutely masterful on the mic as he takes a turn back to acid jazz and soulful flavors with grade-A vocals, and a warm, abiding, funky groove that fans have come to expect from him.

Everything that makes Calvin Priice brilliant, is on full display here. This is a song that doesn’t just sound gorgeous and complete, but is awash with infectiousness and apparent beauty. Underscored by a jangling guitar and resonant piano, which emerge with a pulsing groove, Calvin comes across as a man of the world, combining streetwise knowledge with roguish charm. He could never be accused of being anything less than ambitious, musically speaking.

Calvin Priice’s charisma, as a songwriter, singer and performer feels effortless, but nothing short of kinetic in its execution. “Downtown Love” is a fantastic host for Calvin’s beguiling presence to flex itself throughout the track’s spinning time. Moreover the combination of R&B, Hip-hop and Pop, blend perfectly into his amalgam of disco funk, which he infuses into most of his tracks.

“Uptown Love”, which comes from the “Pineapple Sunset” project, has the same mesmerizing effect on listeners. Funky, shrewd, and occasionally surprising, this track is the perfect blend of flesh and groove.

“She’s a uptown girl, in a downtown world, with her sexy eyes and her afro curls. Would you come with me to the afterworld? Would you, would you?” sings Calvin Priice, bringing the future and the past into a singular space, showing they can mutually coexist on the dancefloor. It’s a track that becomes increasingly difficult to resist.

Calvin’s tendency for funky bass-lines, scratching guitars, spacey synthesizers, and the use of use of metaphoric wordplay to describe sexy themes, make him sound like some legend of the disco era. Listen to how he does it smoothly on “Sugar Honey Ice Tea”. Calvin is also able to surprise us with a sharp left turn musically, as he does on “Party Marquesina” ft. Luis, where he leans on a slippery Reggaeton beat.

“My City” ft. BT brings rap and trap flavors, while the Spanish infused “Perigueme”, adds even more exotic spice to Calvin Priice’s catalog. Truth be told, the artist is boldly genre-bending all over the place. All things said and done, “Bon Voyage” promises to be the most enthralling Calvin Priice project yet.